The origins of Easter and other mysteries 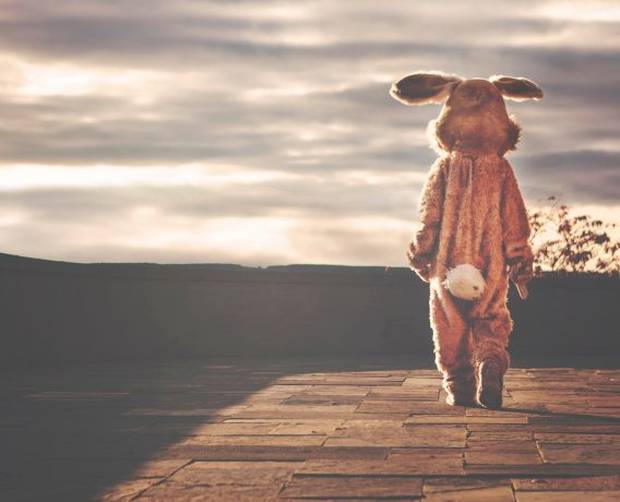 Easter? What kind of name is that? Rabbits? Why rabbits? Why colorful dyed eggs? There is simply too much that remains unexplained about the celebrations around Easter. So, similar to the burrowing, inquisitive creatures that have become the symbol of Easter in the Western world, we are going to hop, hop, drop down the rabbit hole of discovery to uncover the ancient mysteries behind this most peculiar holiday.

The origins of Easter

Perhaps the most important time in the Christian calendar, Easter is known by much of the world as the holiday that celebrates Jesus Christ’s resurrection. Lent, which is the 40-day period building up to Easter Sunday, is a time of self-reflection that’s supposed to mirror the time Jesus spent in the wilderness.

In the Hebrew Bible, Jews refer to the time around Easter as “Passover,” which represents the liberation of Jews from Egyptian slavery.

Dig a little deeper though, and it seems that the original celebration of this time of the year goes back even further than modern religion. The date of Easter falls at a key point in the solar calendar – the spring equinox, when there are finally equal periods of light and darkness. In the north, the arrival of spring is a time of joyous celebration.

It is hypothesized that the original spring celebrations began as an ancient spiritual festival honoring the cycles of the earth and moon, as well as the emergence of the year’s first crops and flowers from the depths of winter. There is certainly something mystical and virtuous about Easter’s connection with the sun, solar system, and the flourishing of life on our planet, don’t you think?

Where does the name come from?

Eostre, a pre-Christian goddess of spring and fertility, is believed to be the inspiration for the name as we know it today. The Venerable Bede, a really old monk with a long white beard who was nicknamed “The Father of English History,” wrote about her over 1,300 years ago. You’re picturing Professor Dumbledore right now, aren’t you?

The Easter bunny seems random. What’s that about?

The rabbit and the hare come from pagan ritual it seems. They were known to be particularly fertile, and so became associated with Easter as a time of rebirth. In German folklore, the rabbit was connected to the Christian Easter idea of eternal life because they were born with their eyes open, and thus people believed they had always been “awake.”

This tradition of the bunny was brought to the US by German settlers who arrived in Pennsylvania in the 18th century.

Then, of course, the chocolate bunny became a thing. Today, over 90 million of the little chocolate animals are produced in the US every year!

Let’s give our brains some eggs-ercise (sorry, not sorry) and figure out what the obsession is with the little oval objects.

Like the Easter bunny, eggs represent new life. In fact, the egg has even been a symbol of the mystery of life itself. It was the focus of philosophical debate as far back as legendary scholar Plutarch, who famously quipped, “Which came first, the chicken or the egg?”

The painting of eggs is part of the celebration of this concept of new life and, again, predates Christianity. The tradition of decorating eggs is part of “Nowruz,” the ancient Persian new year festival.

Fast-forward a few years, and, from the industrial factories of Britain, out pops the chocolate Easter egg in 1873. Since then, people have gone a bit wild in pursuit of chocolate-filled glory. In 2011, the world’s tallest Easter egg chocolate was made in Italy. At 7,200kg, it weighed more than an elephant and stood at an astonishing 10.39 meters high.

This is where I’ll leave you, with the thought of eating your way through a monstrous oval construction of chocolatey goodness. Enjoy!

Tags: Culture, Culture calling, Easter
Want to experience Easter abroad?Learn more
Get the latest on travel, languages and culture in the GO newsletterSign me up