Five Food-Related Idioms and their History

Following on from our five idioms related to animals and their history in our idiom series, let’s look at some of the most commonly used idioms with a food theme for all of you foodies out there. Let’s see how long it can take you to remember some of the following expressions and their backgrounds.

Here are five English idioms related to food and their origins to tempt your tastebuds and which you can use in your next food related lesson.

A Piece of Cake 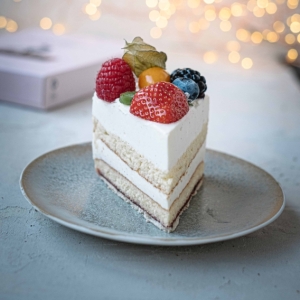 Definition:  If something is a piece of cake then that means it is easy or simple to complete.

Similar expressions: As easy as pie

Possible Origin: This expression may have arrived in the UK at some point during the 19th century where cakes were often given out as prizes for fairs or village fetes. This gave rise to the phrase, ‘a piece of cake’ as meaning something that was easy to accomplish. The term was first used by Ogden Nash who wrote, “her picture is in the paper now and her life’s a piece of cake.” Since then, this term has been used to describe exams, competitions or even a challenge when showing off your abilities.

Definition: Feeling sorry or sad about something that has already happened. The expression emphasises that this is unhelpful as there is nothing you can do about it

Similar expressions: Beating yourself up

Example: “You have already missed the bus, there’s no use crying over spilt milk”

Possible Origin: The first use of this expression is dated back to 1888 in a book by George Ogilvy Preshaw: Banking Under Difficulties. However, a variation of the phrase was first used in 1659 by British historian and writer James Howell in one of his books, Paramoigraphy where it quotes, “no weeping for shed milk”. The reason this expression became quite widespread and common may have been due to the importance of the dairy industry in the UK. According to David Taylor in his book, the English Dairy Industry, 1860-1930, milk was in fact the most sold item by English farms at the end of the 19th century and because in the 1800s approximately 90% of British people were either farmers, had a small hold or worked on a farm, we can imagine that a lot of milk must have been spilt as a result. This is why this expression may have gained popularity, because people would have understood that there really was no use crying over spilt milk! 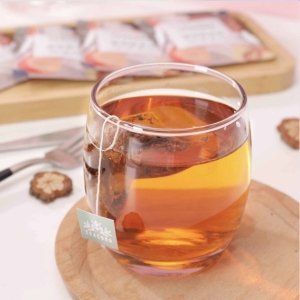 Definition:  If something is your cup of tea then it is something you enjoy or like.

Similar expressions: Right up my street

Example: “This series is completely your cup of tea. You are going to love it!”

Possible Origin: The use of the idiom, ‘my cup of tea,’ has been used since the late 1800s as tea has been an important drink in many cultures throughout history. In the early 20th century, a ‘cup of tea’ was used to mean that you held a certain affinity or affection towards something and in reflected in Binnie Hale’s 1937 song ‘A Nice Cup of Tea’. It also appears in print in William de Morgan’s 1908 novel, Somehow Good, when Sally states that Fenwick is a cup of tea. Now this phrase is an everyday phrase and is also the name of several TV shows and dramas and is still as widely used as ever because let’s face it who doesn’t like a nice cup of tea?!

Take with a Pinch of Salt 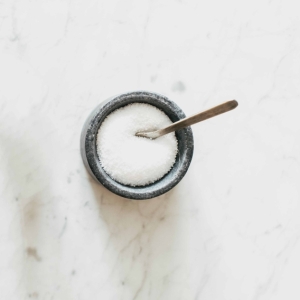 Similar expressions: To shrug something off

Example: “He’s always thinking up excuses, best to take what he says with a pinch of salt”

Possible Origin: This expression holds its origins in ancient Greece and the idea comes from the fact that food is more easily swallowed if taken with a small amount of salt. Pliny the Elder in his Naturalis Historia, 77 A.D mentions the method of preventing poisons once used by King Mithridates VI of Pontus, ‘be taken fasting, a grain of salt’. Moreover, the phrase has been in use in English since the 17th century; for example, in John Trapp’s Commentary on the Old and New Testaments, 1647, “This is to be taken with a grain of salt“. By the mid-20th century, the word ‘grain’ had been altered to ‘pinch’, which remains in use today, although we should be careful not to add too much salt to our cooking of course!

To Butter Someone Up 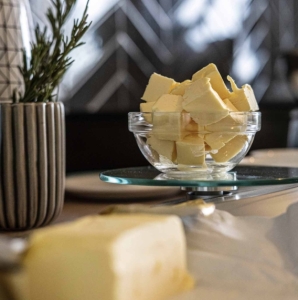 Definition: Flatter or praise someone as a means of gaining their help or support.

Similar expressions: To suck up to someone

Example: “If you butter up your mum, she will let you go to the concert”

This phrase has its origins in ancient India possibly even up to 3600 years ago and refers to ghee butter which is traditionally used in South Asian and Middle Eastern cooking. It was used in ancient religious rituals where it was a popular practice to throw balls of ghee butter onto sacred sculptures of various deities in reverence as an offering. This was carried out to request blessings from them, such as health, good fortune and a prosperous harvest. The phrase may have been brought over to the UK during the 19th Century and has since been adopted as a widely used expression to praise or flatter someone in an effort to gain something in return.