Beaches and beyond: What to do in Rio de Janeiro 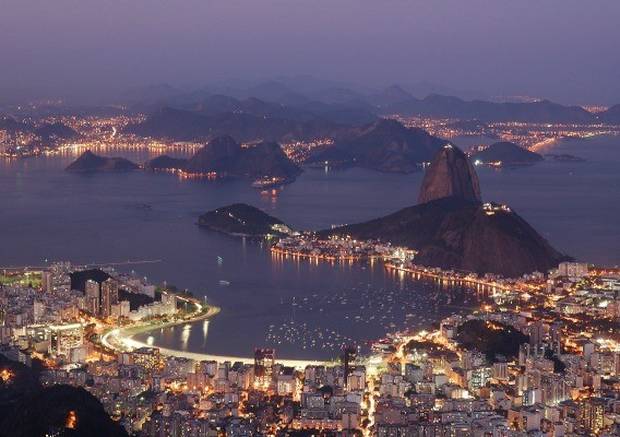 Nowhere on Earth throws a party like Rio de Janeiro. From Monday to Sunday, January through December, Brazil’s second biggest city is alive with fun-loving Latin vibes  – and the Carioca, as the locals are known, are ready to warmly welcome you (most likely with a Caipirinha in hand) to this unique metropolis that’s so much more than picture-perfect beaches and a colorful carnival.

OK, so Rio might well be more than the ribbon of sun-soaked beaches that line the coast, but no trip to The Marvellous City is complete without a day or two (or three) on the iconic sands of Copacabana and Ipanema. Challenge the locals to a game of beach football or volleyball, take a trip out into the bay or simply sit back, relax, and enjoy the sun.

As you unwind on some of the world’s most famed beaches, you’ll notice the mountains that loom large over the tower blocks and rainforests of Rio. Wherever you go in the city, the mammoth Christ the Redeemer statue will catch your eye. Sat atop the Corcovado mountain, the 30-meter tall sculpture, whose arms stretch 28 meters wide, is Rio’s most popular tourist attraction. To enjoy the view and snap some selfies, simply take a tram or escalator to get to the summit.

Take in the views

The views from Corcovado across Guanabara Bay are almost unbeatable – until you ascend Sugarloaf Mountain, which produces sweeping vistas of the city with Christ the Redeemer sat conveniently in the background. The cable car ride to the summit is not for those with a fear of heights, although the glass panels do create stunning 360-degree views of the city and beyond.

Quiet, unspoilt nature is not something that springs to mind when you think of Rio; however, the city is home to Tijuca National Park, the world’s largest urban forest. Spanning a whopping 8,000 acres, the park is a maze of nature trails, wildlife hotspots, and one of Rio’s most famed mountains, the 842m tall Pedra da Gavea. Unlike Corcovado and Sugarloaf Mountain, there is no easy way to the summit – this is one serious hike, but those who tackle the granite monster are rewarded with stunning views that blend urban and natural wonder like nowhere else on Earth.

Dance the night away

Exploring Rio’s unspoilt nature might come as a surprise, but its renowned nightlife most certainly doesn’t. Take your pick from open-air beach bars, mix with locals in botecos, the traditional Brazilian bars_,_ or try your hand at any number of samba bars. Wherever you go, you’ll soon realize that nowhere has an appetite for party like Rio. Those in the know head to the Lapa district, which has long been the beating heart of the city’s party scene. Seemingly every doorway here is a gateway to a sea of dancing Carioca, where all types of music and people mix as the parties spill onto the streets before ending in the early hours of the morning.

Join the party to end all parties

While the colorful colonial buildings of Lapa might offer an insight into Rio’s love of nighttime revelry, this is simply a warm-up to the main event, The Rio Carnival – the world’s biggest party. Over two million people take to the streets of Rio for a 5-day extravaganza that includes everything from vibrant samba-fueled processions to 24-hour parties. The main action takes place in Sambadrome Marquês de Sapucaí, although, it’s safe to say that the whole city is abuzz as people from around the world let their hair down Brazilian-style.

From the affluent area of Leblon, where mansions and boutiques line the streets, to the chilled-out Urca suburb and the historic monuments and squares of Centro, Rio is home to an eclectic range of neighborhoods. Take a walk through the murals and mosaics of Santa Teresa and sample traditional dishes at hilltop restaurants that overlook the city. The bohemian neighborhood is known for both the old-fashioned trams that whizz through the streets and Selaron’s Staircase, which divides Santa Teresa and Lapa. The steps of the staircase are decorated with blue, green, and yellow ceramic tiles and have become an iconic symbol of the city.

It’s well worth skipping a meal or two to make sure you have room for the almighty meat feast that awaits you at any of Rio’s Churrascaria restaurants. These traditional all-you-can-eat establishments see waiters wander the restaurant with either skewers or trays of perfectly grilled meat for you to sample and devour. Enjoy!

Time to burn off some calories: Football is more than just a game in Brazil, it’s a national obsession. From street and beach games to iconic stadiums, the city lives for football. Just don’t mention the World Cup – especially that game against Germany! Do, however, take part in local kickabouts and experience football as it should be: with 80,000 Brazilians at the Maracana stadium as Neymar & Co. entertain the nation.

Tags: Travel tips, Rio De Janeiro
Get the latest on travel, languages and culture in the GO newsletterSign up