9 things you realize when living in Paris 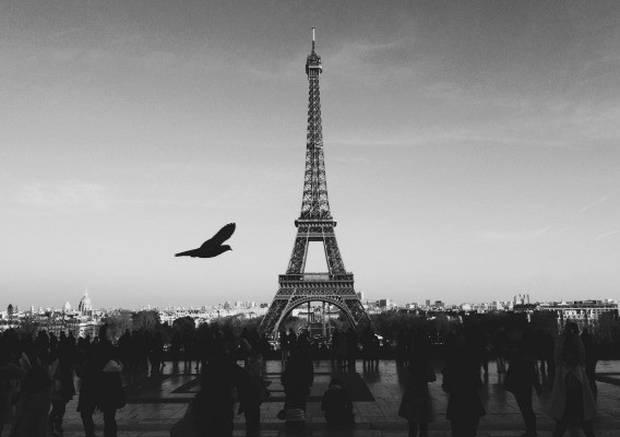 There is nothing like being a true connoisseur of Paris – knowing the ins and outs of the city and the ways of the Parisians. No matter if you’ve just moved here or if you’ve been calling the City of Lights your home for a while, let’s see how many times you will nod in agreement with these nine quirks that make Parisians so charmingly unique.

PARIS IS (THE CENTER OF) THE WORLD

Parisians are very territorial, and they are not shy about it. The city itself is sliced up into 20 districts, or arrondissements, each with its own identity. In turn, Paris is also divided along the river Seine: Rive Droite Parisians, the more artsy and bohemian (bobo) Parisians on the right bank, wouldn’t be caught dead setting foot in the Rive Gauche part, the more common (bourgeois) left bank. It’s way below their level of sophistication. With all these preoccupations, who has time for other cities like Lyon, Lille, or Le Havre?

COMPLAINING IS AN ART FORM

The French love to complain, and Parisians take this skill to the next level: The weather is too warm, the pain au chocolat is too sweet, Versailles is too kitsch – you get the idea. Although this practice might have shocked you at first, you’ve learned to be brazenly blasé, in other words quintessentially Parisian, and go with the never-ending flow of grievances.

SNATCHING UP THAT LAST VÉLIB? Priceless.

You were delighted when you discovered Vélib bicycles: Rent a bike anywhere in Paris for €1 and return it hours later at one of the self-service bike stations scattered throughout the city. After overcoming the perils of honking buses, wild taxi drivers, and nonexistent bike paths, you have joined the ranks of those who swear that nothing feels more satisfying than snatching up the last Vélib at a bike stand.

FIGURING OUT THE METRO IS THE ULTIMATE RIDE OF PASSAGE

Paris is inseparable from its métro (the subway), and after moving there, you soon realized that you are as well, since riding the underground in Paris is a necessity. Its 14 lines, over 300 stops, and endless intersecting tunnels form a maze that can be overwhelming and send even experienced passengers going around in circles. However, mastering this labyrinth and no longer having to feverishly scan maps to figure out where you are going is a true accomplishment and should basically be rewarded with the Key to the City.

THERE IS ALWAYS A SHORTCUT

Paris is all about wandering off the beaten path with a mission – getting lost temporarily just to emerge victoriously through a handy shortcut is how it’s done in Paris. Who hasn’t crossed covered passages, cut across museum courtyards, or used back entrances to save precious minutes? The Passage du Grand-Cerf shopping gallery_,_ the Cour du Commerce-Saint-André cobbled alley, and the Porte des Lions entrance of the Louvre are just a few of these hidden gems off the tourist map.

THE EIFFEL TOWER NEVER GETS BORING

No matter how many times you pass by monuments such at the Eiffel Tower, the Arc de Triomphe or the Grand Palais, your amazement never wanes. Paris is truly beautiful, and when you think you’ve seen it all, it surprises you in unexpected ways, big and small: from a glimmer of sunshine on the Grande Arche de la Défense to perfectly orchestrated raindrops in the basins of the Jardin du Luxembourg.

Whether it’s by learning to tell what time it is by spotting the Eiffel Tower sparkle in the distance, letting freshly baked bread melt in your mouth, recognizing that unmistakable, sweet metallic smell lingering in the underground, or running your hands over luscious fabrics in department stores, Paris delightfully sharpens your senses.

TEXTBOOK FRENCH WON’T GET YOU FAR (BUT IMMERSION WILL)

Parisians love their slang: bref (in short), BG (handsome guy/attractive girl), bof (I don’t know, oh well, so so), are typical examples. If you want to engage in conversations you have to get your nose out of your textbooks. Not only do Parisians speak fast and refer to concepts and places that you’ve never heard of, but they also invert syllables and slur their words. However, there’s hope for non-Parisians: Immersing in popular culture, listening to the radio, or doing tandem language lessons with a local will get you there!

YOU CAN NEVER LET YOUR FASHION GUARD DOWN

Fashion Week lasts all year round in Paris. Long gone are the days when you would sneak down to your mailbox in your pajamas or step out to the local grocery store in your flip-flops. You now carefully accessorize, have a signature fragrance, and mastered the discreet (but unforgiving) Parisian once-over.

Tags: Culture, France, Paris
Experience these 9 things (and more)Learn more
Get the latest on travel, languages and culture in the GO newsletterSign up