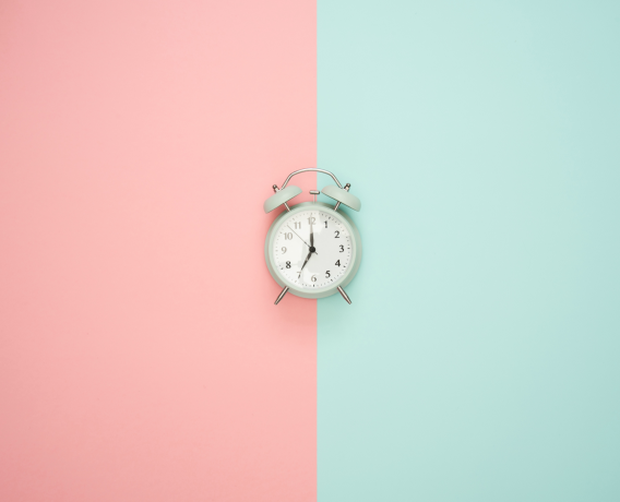 Time zones make logical sense, but they can also be really annoying. How many times have you boarded a flight at 2pm on a Tuesday and landed at 6pm the same day even though you’ve been in the air for NINE HOURS? I know I have. Despite confusing the hell out of everyone, time zones are totally necessary and essential to daily life.

1. The sunset hour is a time trick

Let’s start with a fact that blew my mind: the sun sets in Paris simultaneously earlier and later than in London. This is especially strange because the two cities are not that far apart. HOW IS THIS POSSIBLE?! Well, France is in a time zone that’s one hour ahead of the UK but geographically it’s slightly to the east, meaning the sunset actually reaches Paris before it reaches London, even though it exists in a time that’s later than the UK, so it’s already later when the sun sets. It’s pretty much the Inception of solar activity.

2. The time UK and Europe SHOULD be the same

Amongst many things the Second World War messed up, one of them was the time zones between the UK and the rest of Europe. France, Holland, Luxembourg and Belgium were all originally in the same time zone as the UK, but Germany changed their time to match the German zone (one hour ahead of the UK) during their occupation of those countries during the war. Meanwhile, Spanish dictator Franco changed the time to an hour ahead in Spain too. This would explain why Portugal is the same time zone as the UK, despite being in the same actual place as Spain.

Life would be much easier if the world had time zones that ran in straight lines – but when is life ever simple? To make things more complicated than they probably should be, some big countries don’t split their time zones even though the countries and continents around them do. For example, North America, Africa, Russia and Australia split their land mass up into different time zones (the East Coast of the US is three hours ahead the West Coast),  but China, India and Argentina don’t. This makes everything confusing because there are actually four time zones existing between the far west and far east of China, despite there only being one zone for the whole of China itself.

What does this mean? Well, when it’s 1pm on China’s eastern coast, it’s also 1pm in the nearby Philippines. However, in China’s far west it’s still 1pm, but just over the border in India it’s only 10am (or usually 10:30am, because India uses half-hour time zone rules. Don’t ask). The same goes for the southeast Asian countries that follow China’s border east, as they all have subsequent time zones despite it STILL being 1pm in China. That means you can live in Thailand and still be in yesterday while people living hundreds of miles west of you in China are already living an hour ahead in tomorrow. My brain hurts.

Despite splitting its time zone vertically like the rest of the world (most of the world anyway – see above) Australia loses points for its nonsensical vertical timezones. Here’s how it works: Perth, on the far west of the continent, has a single time zone the whole year round, but the central chunk is one-hour-and-a-half ahead for some of the year. That is, until winter when Daylight Saving Time (where some countries put their clocks forward or back to conserve or extend daylight during winter and summer) kicks in, and this central territory is split in half, so the southern half is one more hour ahead than the north.

Meanwhile on the east coast, the northern half of the country stays two hours ahead of the west coast for the whole year, but during Daylight Saving Time the southern half goes ahead by ANOTHER hour, so it’s a full three hours ahead of the west coast. That means you’ll need to put your watch forward by an hour just by driving south, no closer to the date line than you were when you started. At least Australians understand it better than I do.

5. Some times zones are pointlessly small

The island of Märket, between Sweden and Finland, is co-owned by both nations and is therefore split down the middle timewise, with a difference of one hour between the two sides. It’s definitely a fair compromise but it also LITERALLY MAKES NO SENSE because the island is basically the size of your front garden (okay, maybe a little bigger – but only slightly).

6. You can basically time travel in the Pacific Ocean

In the 1880s, a global panel decided the international time zone of +0 would exist in London, drawing a vertical line through London from north to south over the Earth. This means that anything on the direct opposite of the globe to London would be either 12 hours ahead or 12 hours behind, depending where it falls on either side of the date line – which would be fine, except some islands in the Pacific Ocean don’t observe that rule for some reason.

The islands of Samoa, Tokelau and Tonga are 13 hours ahead of London, while the Line Island are a full 14 hours ahead. What’s more bizarre is that these islands lie ACROSS the date line, so islands further west than them are over a whole day behind them in time.

Confused yet? What this basically means is that you could celebrate your birthday on the Line Islands, then enjoy the whole day after your birthday, then fly to one of the islands just west of you to celebrate the last few minutes of your birthday ALL OVER AGAIN. Truly incredible.

…and if you’re going to be traveling across time zones, here’s how to beat jet lag and stay entertained on a long-haul flight!

Tags: Traveling, Flying
6 crazy facts about time zones that every world traveler should knowlearn more
Get the latest on travel, languages and culture in the GO newsletterSign up