10 best vegan cities in the world 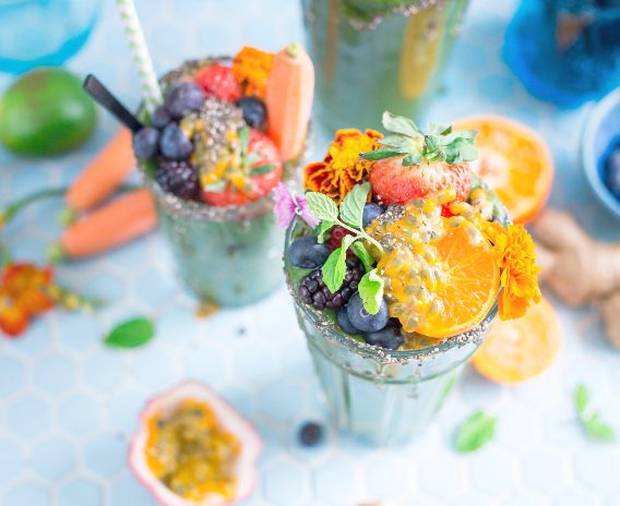 The world’s coolest cities have become bastions of cruelty-free fare, serving up an incredible array of vegan cuisines, from vegan Chinese and vegan sushi, to vegan fried chicken.

We’ve already covered the most exciting destinations for vegetarians (and their open-minded foodie friends), so here’s our rundown on the best vegan cities in the world (that you should visit or even live in, vegan or not!):

London is awash with vegan delights, and it’s no wonder given the city’s history as a bastion of animal rights. From supermarkets that sell a whole range of exciting vegan dishes and treats, to quirky and cool restaurants that are not just vegan-friendly, but actually vegan (full stop), London is an easy place to eat if you’re eschewing animal products. A case in point? Temple of Hackney is the world’s first ever vegan fried chicken shop, and is a must-visit for vegans wanting to try some (fake) fried chicken and other soul food delights they usually can’t have.

Schivelbeiner Straße aka Vegan Street is a hard place to top when it comes to veganism. This street is awash with restaurants, cafes, and clothes shops that cater solely to a vegan and vegetarian customer base. Prenzlauer Berg, one of the prettiest neighborhoods in Berlin, and Veganz, the first vegan supermarket chain in Europe, also epitomize the wonderful juxtaposition of this city that’s still mainly known for sausage and schnitzel.

A 2018 ranking of the most vegan-friendly cities in the US was topped – perhaps unsurprisingly – by New York. New York offers up vegan alternatives for pretty much any and every food item you could ever wish for, be it a sandwich made of soy beans, a fake burger (that “bleeds”) or an extravagant vegan breakfast (complete with fake bacon), New York truly offers it all. Some must-visit spots include Blossom Vegan, Buddha Bodai and Dirt Candy (which is technically vegetarian, but also serves vegans).

Tel Aviv has established itself as one of the leading vegetarian cities in the world, and is very friendly to vegans too. Delicious falafels can be found on every corner and veggie kebab shops can be found all over town. Anastasia stands out in the crowd and is a must-visit spot for intrepid vegans.

LA is another vegan haven stateside with delectable vegan desserts, vegan cheese and vegan gourmet food local specialties. Stop by Little Pine Restaurant (owned by none other than Moby), Crossroads Kitchen or Sage Vegan Bistro if you’re feeling indulgent and head to Donut Friend later on for vegan donuts and lots and lots of Instagram likes.

Amsterdam has always been a bastion of vegan culture. Jacketz runs the show here with an enormous selection of jacket potatoes with tasty vegan ingredients. Their signature beetroot salad potato is simply fabulous. The Avocado Show is also well worth a visit – as the name implies, they’re all about avocado and making magnificent things out of it.

Mostly famous for its (not very vegan-friendly) pastry scene, Paris is actually surprisingly progressive and great for vegans, with over 45 vegan restaurants dotted around the city. Hank Burger is a fabulous must-visit spot for Paris-bound vegans, with the vegan pop festival Smmmile taking things a step further and promoting veganism as a lifestyle (pretty successfully, we might add). Bon appétit!

Veganism might not be the first thing you think of when thinking of Italy and Italian cuisine, but consider Turin a culinary pioneer worth visiting (for other reasons as well, of course). Visit Coox or Il Gusto di Carmilla for vegan pizza and almond milk-ice cream respectively.

Mumbai is home to world’s biggest vegetarian community, so vegans can feel at ease here too. Brimming with exotic flavors and fresh produce, try out firm favorites like Sequel Bistro and Juice Bar or Bastian (not technically a vegan restaurant, but they have lots of great vegan dishes) and Bombay Bizare Bakers.

A gorgeous city with an unrivaled culinary culture – and surprisingly friendly to vegans too. Breaking Bread Bistro is one of the many top notch vegan restaurants that will serve you spectacular Italian food that is fully vegan.

Tags: Travel tips, Food
10 best vegan cities in the worldlearn more
Get the latest on travel, languages and culture in the GO newsletterSign up