5 things we bet you didn’t know about Rome 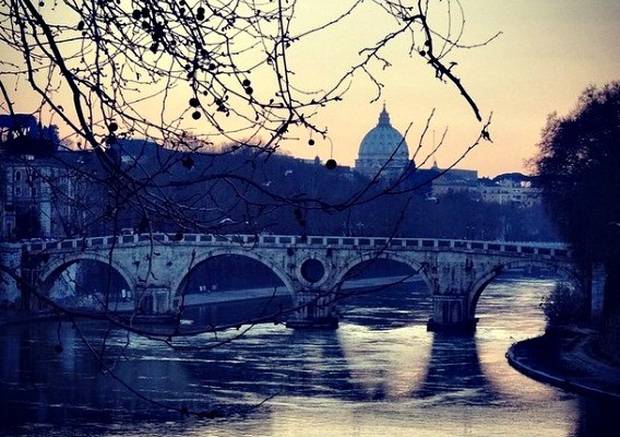 In Italian, Rome is known as Roma, which is amor (love) backwards. An apt name for a city filled with more love, history and fabulous food than most cities could handle, here are five more facts that you may or may not have known about the ‘Eternal City’:

It was built in 72 A.D. and is Rome’s most popular tourist attraction. It used to host the often brutal and gory man vs. beast games familiar from movies like ‘The Gladiator’, and by many estimates, caused the death of thousands upon thousands of animals and people. By some estimates, species like the North African elephant even went extinct as a result of being used in these gladiator fights and in regional armies. The Colosseum also has over 80 entrances and can accommodate about 50,000 spectators.

Remus and Romulus were twin brothers that are given the credit for founding Ancient Rome. As babies, they were abandoned by their parents in a basket on the Tiber River. A she-wolf found and nursed them until a shepherd found them. Once they reached adulthood, they decided to create a city in the place where the she-wolf had found them. The brothers got into a dispute which ended when Romulus killed Remus. This left Romulus as the sole founder of the city. He then named it Rome in 753 BC.

Some people get this confused, but the Vatican is not actually a part of Rome…or even Italy! It is its’ own sovereign state which is located in Rome’s city limits and is also the world’s smallest state. There are only 800 residents and even fewer citizens. Citizenship is not guaranteed by birth and it can end when a citizen no longer resides there. The Vatican Museums also contain one of the largest art collections in the world.

The Capuchin Crypt in Rome consists of five chapels, a 60 meter long corridor and is nicely decorated with the bones of 4,000 deceased monks. And you know that cappuccino drink? Well, its name comes from this order of monks, known by their custom of wearing a hood or cappuccio in Italian. Also, to properly drink a cappuccino in Italy, never drink or order one after 10am since it is considered a breakfast drink only.

They originate from Rome, believe it or not! The first-ever shopping mall was built by Roman Emperor Trajan and it consisted of several levels and more than 150 outlets that sold everything ranging from food and spices to clothes. As you can see, Italy’s culture of fashion, shopping and textiles has very deep-seated roots indeed!

Tags: Travel tips, Fun facts, Italy, Rome
Get the latest on travel, languages and culture in the GO newsletterSign me up