Five Tech-Related Idioms and their History Following on from our five food-related idioms and their history in our idiom series, let’s look at some commonly used idioms with a tech theme for all the tech lovers out there. Let’s see how long it can take you to remember some of the following expressions and their backgrounds.

Here are five English idioms related to technology and their origins to whizz you into the future and help you ace your next technology-related lesson.

To be on the Same Wavelength 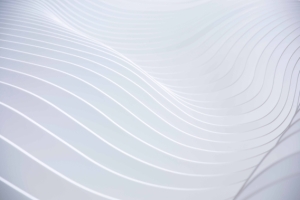 Definition: If you are on the same wavelength, you have the same thoughts, the same intentions; understand the same thing, and agree with somebody.

Example: “After chatting for only 5 minutes, we already knew we were on the same wavelength”.

Possible Origin: The first records of the expression “on the same wavelength” come from the 1920s, as this was when private citizens started to purchase radios for personal use. The phrase alludes to the fact that if two radio stations are literally on the same wavelength, you would hear both stations simultaneously on your radio. If this were the case, you would not be able to determine what was broadcasting due to them being on the same frequency. In the early days of radio transmission, this was a common occurrence. Not great when singing along to your favourite song! 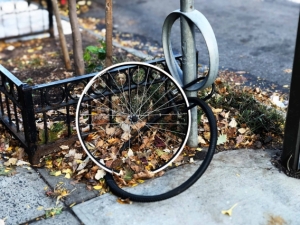 Definition: It means there is a lot of bureaucracy, hidden or unknown reasons that make a situation very complicated, complex and slow.

Similar expressions: To be stuck in a fix

Possible Origin: One of the oldest references to this expression is in the book of Ezekiel, written during the Babylonian captivity (6th century BCE). Babylonian astronomy had been recording star and planetary positions for several hundred years and in other parts of the world, stone circles like Stonehenge and Atlit Yam (Israel) were already ancient. “As for the appearance of the wheels and their construction: their appearance was like the gleaming of a chrysolite; and the four had the same likeness, their construction being as it were a wheel within a wheel”. – Ezekiel 1:16. This expression may be related to the idea of epicycles, where objects move in circles around a point which also moves in circles. We now know that moons orbit planets this way, while planets only appear to do so as they orbit the sun. This was something that seemed fascinating yet impossible to our ancestors, who had limited knowledge of space and no access to modern satellites – enough to make your head spin.

To be at the Cutting Edge 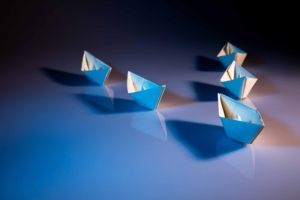 Definition: to be right there in the lead, at the front especially regarding technology.

Example: “Your company is always at the cutting edge. They are a leader!”

Possible Origin: This idiom gained popularity in the 1950s due to the rise of modern household and convenience appliances and is still commonly used to describe anything novel or new, especially in our tech-filled world. However, many people believe that it refers to the plough as with advancements in the late 18th and early 19th century, farmers could increase productivity but decrease the amount of time on the task at hand. As society was still mainly an agriculturally based one, the advances in plough technology were felt by all, and it was indeed the cutting edge.

To Get Your Wires Crossed 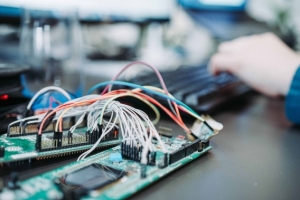 Definition: If you get your wires crossed, then you misunderstand someone without intention.

Similar Expressions: Get the wrong end of the stick

Example: “I arranged to meet Sally at the park, but we must’ve got our wires crossed”.

Possible Origin: This expression alludes to an accidental connexion between telephone or telegraph wires of different lines or circuits and holds its origins in the latter part of the 19th century. A text by Charles Dickins contains an early occurrence of the phrase and explicitly alludes to an accidental connexion; it is from The St. Joseph Herald (St. Joseph, Missouri) Wednesday 30th December 1891: He got his wires crossed, “telephonically” speaking, and applied at the Central police station for a marriage license. Now hopefully, there is less chance of getting your wires crossed unless you decide to fix the kitchen circuits before calling an electrician – not recommended!

To Hold the Phone 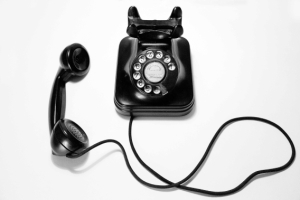 Definition: This expression means to stop what you are doing and await further instructions.

Example: “Hold the phone…there are some interesting developments”

Possible Origin: This expression dates back to the early 20th century when news reporters would phone in with their stories and often tell their editors to hold the phone as new stories developed. Back then, the main telephone body connected to a separate receiver, with a jack mounted, sometimes directly, sometimes on a desk cord, to the wall. The distance between the base of the phone and the receiver was limited, so if you wanted to check something, you would have to leave your current position for a moment or perhaps for longer. As switchboard operators connected calls, the process would have been much longer-winded than it is today and therefore made more sense for the editor to wait than to hang up and redial