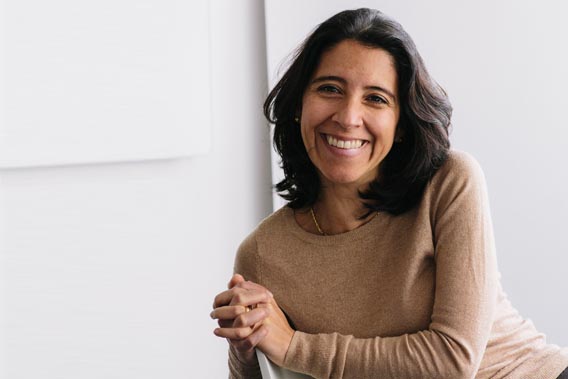 Six countries, eight cities and 13 jobs over the course of 26 years with EF Education First and it’s not hard to believe Diana when she says that she can’t pick a favorite amongst them.

I always get asked, “which of the places I’ve lived do I love the most?” I have a really hard time answering that question,” Diana explains matter-of-factly. “Each city I’ve lived in and each job that I’ve had with EF, at its own time, has been perfect for me both professionally and in terms of my family situation.”

Originally hailing from the capital city of Bogotá, Colombia, Diana’s exposure to the world of educational travel started at the age of 16 when she spent a high school exchange year in Canada and then continued into her early twenties as an au pair in Switzerland. “Being introduced to new cultures, languages and different nationalities opened my mind at an early age,” says Diana. “I started exploring in that moment and kind of never stopped.”

Her two-plus decade long career with EF began with an ad that she saw in the local newspaper back in 1993. “I found EF the old way, which I suppose is real proof to how long I have been with the company,” she laughs.

After her first job working in the Bogotá office for Language Travel, Diana shipped off to Ecuador to sell language and high school year programs in EF’s Quito office. “As soon as I moved to Quito, I noticed the large number of foreigners and backpackers that were passing through the city,” she recalls. “We were able to recruit that population as teachers to open an EF English school. A year or so after that, I realized it would make sense to open a Spanish school in Quito as well. We had the whole infrastructure already.” When Diana left Ecuador four years later to pursue her next opportunity—Sales Manager in Boston—the office had grown from a team of 3 people to almost 50.

Over the years, it seems as though Diana has seen and done it all. She’s worked as a Director in Miami, taken on Sales Manager roles in São Paulo and Mexico City, headed up Operation positions in New York and Canada, and worked as the VP of Global Recruitment and Development for Language Travel in Zürich. Her latest challenge? Global Head of Operations for EF Academy, also in Zürich, where she’s been living with her husband and two kids for the past five years.

“I like to say that what we do is who we are,” she shares when asked about what EF means to her. “If you love to travel, if you love language, if you love education, then you will love to work here. You see, we do for work who we are in life. There’s no differentiation for me between my life and my job. It’s all the same.”