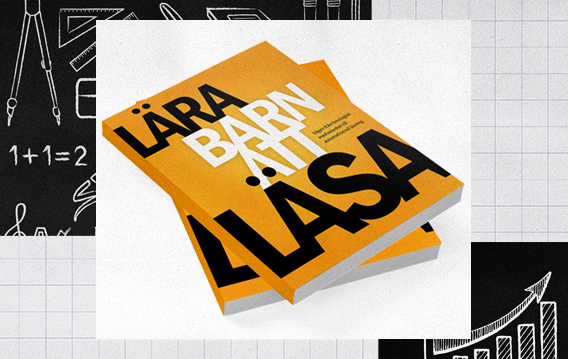 Anneli Glamsare knew she had to do something. Many students in her area of Sweden were not learning to read as well as they needed to. As a reading and writing specialist and coach for 22 primary schools in Botkyrka, outside Stockholm, it’s her job to make sure the local reading teachers have the tools and resources they need to teach effectively.

Plus, the schools she supports serve roughly 10,000 students. Anneli knows that the ones who don’t master the fundamentals of reading early are almost certain to struggle in school for years. This hurts their career prospects and negatively impacts the Swedish economy as a whole.

When Anneli began searching for solutions to help her teachers and students, she quickly heard about a new, free assessment tool called LegiLexi. Swedish reading specialists and researchers were developing it with funding from Bertil Hult, founder of EF Education First. She contacted LegiLexi to learn more and Botkyrka was invited to be one of the first municipalities to use it widely.

“Teachers say that they have never had such a clear picture of their students’ reading skills and their development over time,” according to Anneli. “As a result, they are able to better cater to individual needs as well as to needs on a group level.”

Anneli has also noticed that students using LegiLexi are more excited to learn. “Students better understand the journey to become fluent readers and as a result are more motivated to join that journey.” 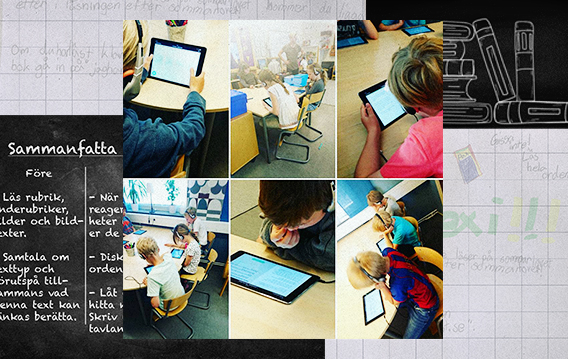 In just the past 6 months, more than 65,000 Swedish primary school students have completed a LegiLexi assessment. That’s almost 20% of the country’s littlest learners. It has been adopted by teachers in every municipality in the country and even some Swedish schools around the world. In total, more than 20,000 teachers are using LegiLexi tests and tools.

Sofia Norén, President of the LegiLexi Foundation, attributes much of the platform’s success to its simplicity. The design, she says, is very basic. It’s not gamified or elaborate. It’s just easy and effective. That is “enough for kids to love it.”

Also, LegiLexi is an assessment and not a test so there are no wrong answers. They learn what they do well, where they have improved, and what they need to work on next. Each student’s results are positive, personal, and judgement-free.

Martin Ingvar, who initiatiated LegiLexi with Bertil and is a professor at Sweden’s Karolinska Institute, one of the world’s leading medical universites, says, “The trick is to do something that children enjoy and what children enjoy most is success and progress.” LegiLexi makes both easy to see.

The science behind LegiLexi is straightforward as well. It is based on a well-established theory called the Simple View of Reading which breaks down the skill of reading into two basic components: word decoding and language comprehension. Translation: students learn to read by learning what letters and words sound and look like, and then understanding what the words mean on their own and as parts of phrases and sentences.

LegiLexi evaluates students’ abilities at every step in this learning process, with an emphasis on the early stages of word decoding because without that foundation, the rest is somewhere between difficult and impossible. The results help teachers know how and where to focus with each learner.

Linda Fälth, a Swedish primary school teacher and associate professor of pedagogy at Linnaeus University Växjö who helped create the platform, emphasizes the many ways it helps teachers teach better.

“Teachers get a carefully tested tool that assesses letter knowledge, phonological ability, word decoding, word comprehension, reading comprehension, and now also spelling,” Linda says, “Then, as a teacher, you also receive teaching recommendations (i.e. suggestions for lesson plans) linked to the class as a whole but also to individual students.” Of course, teachers and administrators also love that the platform is free. 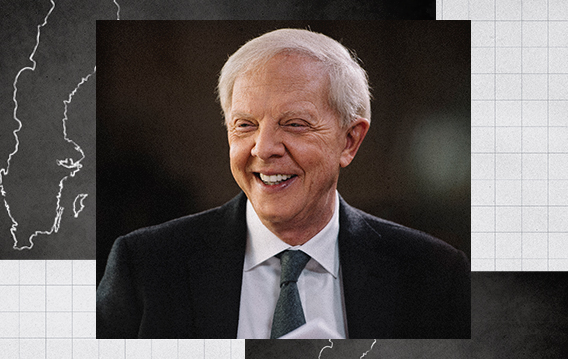 Bertil Hult founded and funded the LegiLexi foundation in 2014. His original goal was to develop a way to help Swedish students with dyslexia learn to read. The cause is personal — Bertil and other members of his family are dyslexic.

Bertil enlisted the help of Martin Ingvar and the two quickly realized that while 4% of Swedes have dyslexia, 20-30% of Swedish students do not properly learn how to read at a young age. Bertil and Martin saw they could have a much bigger impact (and still help dyslexic learners) by developing a tool to support this much larger population.

The issue of reading skills development was increasingly urgent in Sweden at the time. The country’s scores were falling on the Programme for International Student Assessment (PISA), which ranks educational achievement in nations around the world. Like many European countries, Sweden was becoming a more diverse, multi-cultural society due to an influx of immigrant students. Simply put, most Swedish teachers lacked experience teaching students who did not speak Swedish as their first language.

The first versions of LegiLexi were delivered to students on paper in 2016. After a year of testing and improving the paper versions, developers in a Shanghai-based research and innovation team within EF launched an iPad version of LegiLexi in 2017.

Today LegiLexi is fully web-based with no special equipment or software required. This makes the highly-accessible platform scalable and able to reach a huge number of students and schools. “Our mission,” President Sofia Norén says, “is that every child should be able to read with fluency and understanding by themselves by the end of the third grade (age 9).”

Martin Ingvar believes the impact of that mission will be enormous. “We can, with more than 90 percent accuracy, predict which students are going to be successful in school by measuring their reading ability in third grade. LegiLexi nudges the whole [Swedish education] system to focus more on reading” and set more students up for long-term success.

As more and more schools and municipalities adopt LegiLexi, it is also creating an incredibly rich pool of data with which to track, compare, and improve how well reading is being taught throughout the country.

The LegiLexi approach is even working its way into the university curriculum for future teachers. For example, Linda Fälth has developed a course for students at Linnaes University called Teaching Children to Read – From Phonological Awareness to Reading Comprehension. It is based on the LegiLexi framework. Over 400 students enrolled this past Fall.

In the years ahead, the LegiLexi team envisions versions of the platform available around the world in multiple languages.

The Role of EF 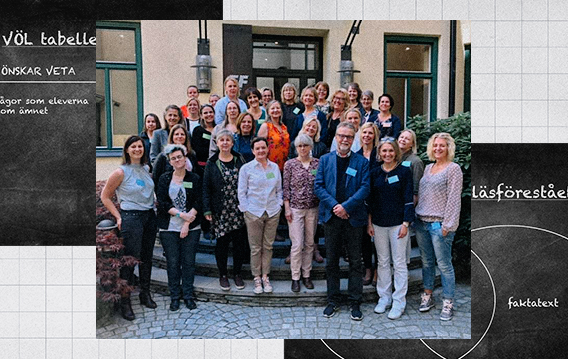 Group of LegiLexi teachers invited to a full day of training at EF’s Stockholm office.

LegiLexi is very much a part of the EF story. In addition to being funded by Bertil and the Hult family, LegiLexi is supported by many different EF teams. In 2017, an EF team in Shanghai developed the first digital version. Today, EF teams in Europe provide LegiLexi with legal, financial, accounting, and data analysis expertise.

The LegiLexi team – surprisingly, it’s just two people, Sofia and Chief Technology Officer Sara Anvarsson – sits in EF’s office in Stockholm. The Swedish EF employees appreciate what LegiLexi is, what it is trying to accomplish, and what it says about EF’s commitment to making the world a better place.

“Swedish employees are super proud when their kids’ school uses LegiLexi,” Sofia reports, “In the Stockholm office, LegiLexi has gone from nothing to kind of a big thing in just a few years so the EF employees are also proud of giving back” through EF’s LegiLexi connection.

J.J. is a freelance writer, storyteller, and marketing consultant who grew up in New York, went to school in Vermont, spent a winter in Idaho, and now calls Boston home. He craves variety, which may explain why he has been to every continent but Asia and [...]