Heart is where the home is: Helen’s EF journey 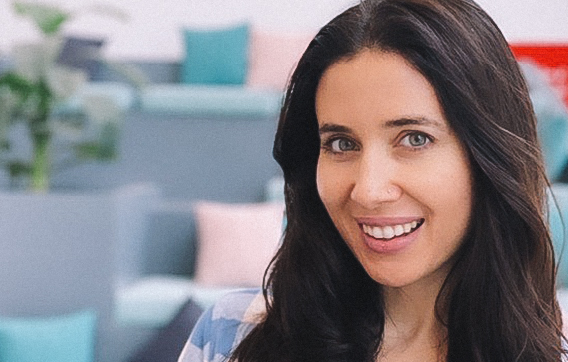 In the fall of 2019, Helen went from riding her bike in flip-flops along Miami’s beaches one day to driving through Riyadh’s streets in Ray-Bans and an abaya the next. The change of landscape came with her new role as the School Director of EF English Center Riyadh in Saudi Arabia, and although it took some getting used to, Helen’s created a home and found a community in the Middle East. And if you know her, this isn’t surprising at all.

Born in Palermo, Italy, to an American mother and an Italian father, Helen moved to the Washington, D.C. area with her mom when she was sixteen. Entering a new high school as a junior was intimidating, but Helen found camaraderie with one group of students in particular. “Everybody already had their clique, and nobody really accepted me,” she says. “The only people who didn’t make me feel like an outcast were the Middle Eastern students. They were awesome!” 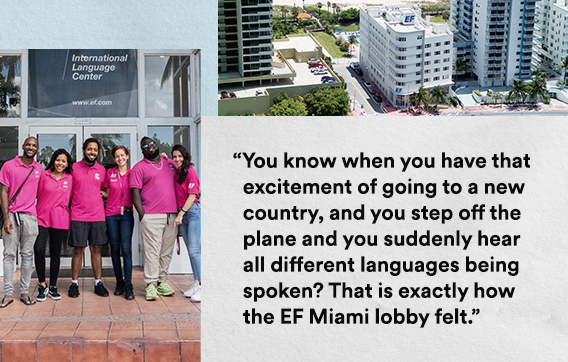 This friendship was the beginning of what would become a lifelong connection to the Middle East and its people. After graduating from the University of Virginia, where her closest friends were Lebanese, Syrian, and Turkish, Helen set out to see the world. She backpacked from Istanbul to Syrian to Lebanon to the West Bank to Israel to Jordan. Her travels took her around the globe, to just over forty countries and counting.

She fell in love with Lebanon and attended the American University of Beirut. After receiving her Masters, she accepted a job at the United Nations working to find job opportunities for Palestinian refugees. Witnessing such daily hardships didn’t deter her. It was the bomb that exploded right outside her apartment one day that did. Helen decided to relocate to Miami to work for the International Rescue Committee, a humanitarian aid organization, where she helped support refugees in the area. She was immediately smitten with the city and its international flair and loved exploring by bike.

There was one spot in particular that always caught her eye. “I used to go past this art deco building on the ocean that had a lot of character and always had a group of cool-looking people hanging around it,” Helen says. She discovered it was an EF campus and secured an interview.

“It was love at first sight!” she says about entering the building to meet with the Academic Director. “The vibe in the lobby with the mix of international students was like entering a new airport for the first time. You know when you have that excitement of going to a new country, and you step off the plane, and you suddenly hear all different languages being spoken?” she says. “That is exactly how the EF Miami lobby felt.” 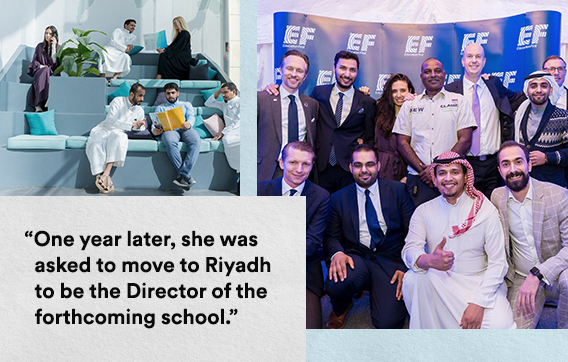 Five minutes into the interview, Helen was offered a full-time job at the school and soon became the Housing Director. “It was a dream come true!” she says. “I dealt with teenagers and students in their early twenties. I also took care of the facility and building. A pipe could break, a student could break a rule — I never knew what was going to happen each day, and I loved it!” Helen exclaims.

During her time at EF Miami, several students from Saudi Arabia went to the school, and these students needed a dedicated point of contact in the city. Helen became that person, and her connection with the EF English Center in Saudi Arabia began. One year later, she was asked to move to Riyadh to be the Director of the forthcoming school.

Although this meant leaving her beloved position and Miami, Helen saw an opportunity for an exciting new role within a company she adored and a region she had an affinity for. She had already seen firsthand that each employee can make real change at EF, and she was ready to be a part of creating change in Saudi Arabia.

Although her move has come with challenges (not least of all because it coincided with the COVID-19 pandemic), she’s managed to find community. She met a group of women at a local barre studio and offered to teach them yoga in small, private classes. And in turn, the community came out for her. 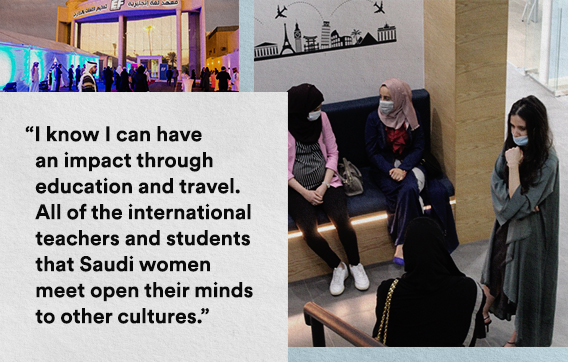 “I live in a compound where I didn’t know anyone. The second COVID-19 hit, my Palestinian neighbors and their families adopted me. They brought me food every day when we were in complete lockdown, and I couldn’t leave to go to the grocery store,” she says.

Helen plans to spread love and acceptance with the women she meets in her new home. She wants to encourage them to go to school. “Most of our students here are men. My dream is to slowly build, get more women to school and then segue them to the abroad programs. I hope that once the parents get to know me and the teachers and the curriculum, they’ll get more comfortable with the idea of sending their daughters to learn in another country,” Helen says.

If her early months indicate how quickly and easily Helen can bring people together, she should have no problem reaching her goals — especially now that the school has begun teaching people in person again.

“I know I can have an impact through education and travel,” Helen says. “All of the international teachers and students that Saudi women meet open their minds to other cultures. My parents always told me the importance of learning from others and understanding the lessons they can teach,” she says.

She pauses and then continues with a passion that seeps into her voice whenever she talks about her work, “I really do believe that EF can change so many lives.”

Want to work at EF? Browse careers at EF

A Boston-based journalist, Abby previously worked as the Editor-in-Chief of Boston Common magazine and as the lifestyle editor at Boston Magazine. A huge fan of islands, Abby counts Greece and Cuba among her favorite destinations, and dreams about retirin [...]