From Boston and Denver to Nepal and back: Erin’s EF journey 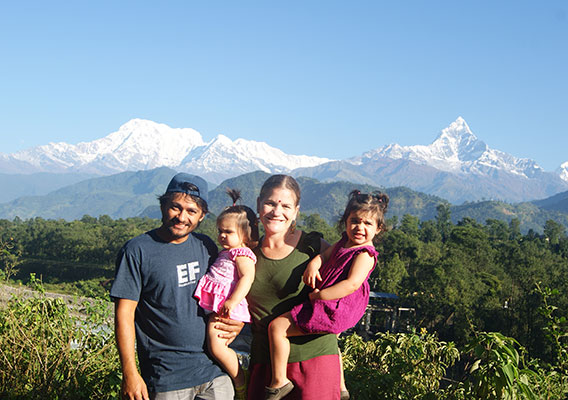 It’s not often that you hear someone credit their current employer with giving them the skills and the time to start a nonprofit organization. But for Erin, Director of Sales for EF Educational Tours in our Denver office, that’s exactly what happened.

Erin’s EF Education First journey began 15 years ago in Boston. She held a variety of roles (including helping open our Denver office in 2007), each bringing a different challenge or skill set. “You know that working at EF, there’s going to be something unexpected around the corner—that’s the fun and adventure of working here,” she said.

But the unexpected moment that came next didn’t come at EF. For her 30th birthday, Erin decided to take a trip to Nepal with some friends. She met her future husband there—he was her group’s tour guide—and she couldn’t get the three-week visit to Nepal out of her mind.

“What I saw in Nepal during that trip was a real opportunity to support communities that were already working toward their own development and help accelerate that development.” For a year, Erin thought about what it would take to make an impact in Nepal, and what it would require of her. She finally decided in September 2009 to leave EF and volunteer across Nepal, India, Thailand, and Cambodia.

“I knew I had a passion for this nonprofit space, but wanted to learn a lot more and understand what the different groups were doing on the ground,” Erin said. Over the course of five months, Erin volunteered with 20 different organizations. “I wanted to hear what the communities were saying, what the volunteers were saying,” she explained. “That period was to discover and learn.”

During that time, Erin ended up meeting her future business partner for Edge of Seven, the nonprofit organization she would go on to create that’s dedicated to supporting sustainable building initiatives that create access to education and economic opportunities for girls, women, and rural communities across the globe.

“He took me to a rural community near the Gorkha area of Nepal, where he and his close friend’s primary school was collapsing. It looked like it could fall down at any moment.” It was at this moment that Erin knew she wanted to focus her nonprofit on infrastructure and supporting women’s education.

At the end of her five months volunteering, Erin came back to the U.S. and began filing the paperwork for Edge of Seven. Edge of Seven officially gained nonprofit status in May 2010, and Erin returned to Nepal to start the organization’s first project: rebuilding that primary school in the village of Jarang, Nepal. 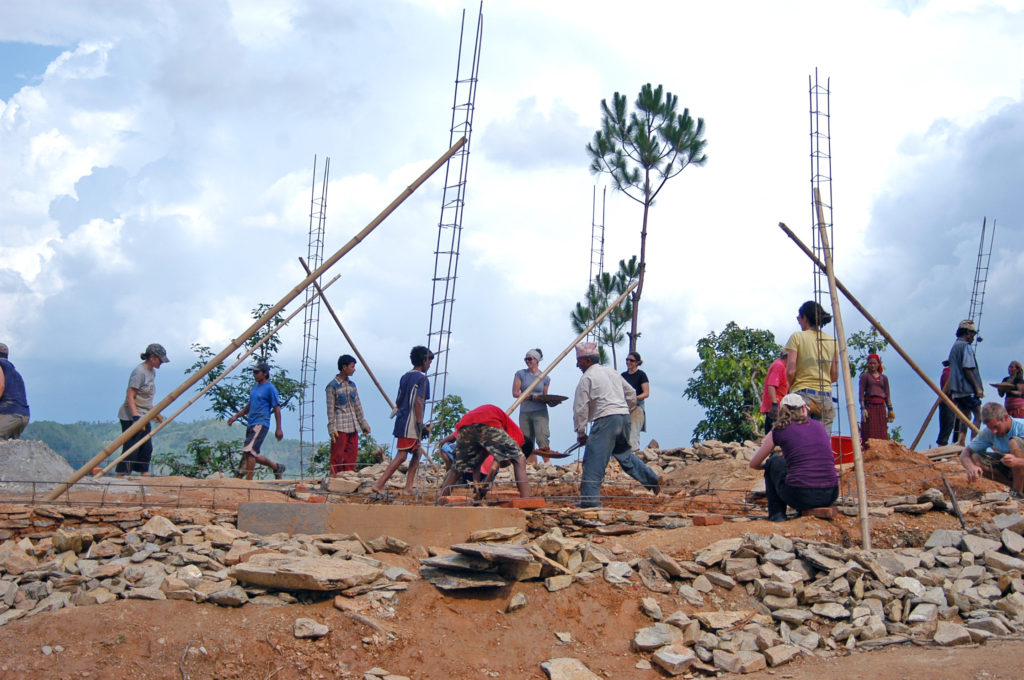 “What’s so cool about it all is that EF gave me the skills to start a business,” Erin said. “EF is so entrepreneurial, I realized I had gained so many skills that convinced me I could do this.” She smiled. “Of course, there were moments when I didn’t know what I was doing because I had never started a nonprofit, but EF gives you the confidence to figure it out. You’re comfortable with ambiguity and not freaking out.”

Since building that first school, Edge of Seven has focused on infrastructure projects that aim to support girls’ education, school, school classrooms and water supplies. They’ve also built two girls hostels, so girls can attend higher secondary school they wouldn’t have been able to previously due to lack of safe and affordable housing.

Once Edge of Seven was successfully up and running, Erin decided to step down from the daily operations and leave it in the capable hands of her team. “I loved the challenge of starting something from the ground up, but knew there were people far more capable of running it day to day,” she said.

Erin enthusiastically came back to EF in Denver, where she oversees sales for EF Educational Tours’ Midwest states, helping teachers bring students on educational tours abroad. She continues to be a board chair member for Edge of Seven, and has remained a large part of the organization since leaving the day-to-day management. “It’s still a huge passion project for me and my family,” she said. The nonprofit hosts a fundraising gala every year, and many of her EF colleagues pitch in to fundraise and help support the event.

“Empowering girls in Nepal is something I care so deeply about,” Erin said. “Because my daughters, who are half Nepali, were born in the U.S., they’ll automatically have opportunities. Our family needs to fight every day to make sure that girls across the world have the same opportunities.”