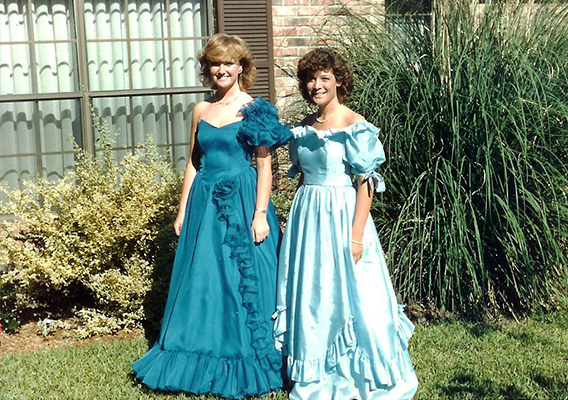 EF High School Exchange Year, a part of the EF Education First family of companies, has been promoting global awareness through student exchange for more than 35 years. They bring more students to the U.S. each year than any other exchange program of its kind, and since 1979 they have connected more than 100,000 international students with caring host families across America.

An EF High School Exchange Year is much more than hosting an exchange student for one year. It’s discovering family in another part of the world and creating connections that last a lifetime.

Just ask Kimberly Mahoney, who was only a senior in high school back in 1985 when her mother saw an advertisement in a local newspaper about hosting an exchange student from Norway. “Ellen was three months younger than me, so I would call her my little sister even though she was much taller,” Kimberly explained. “We were inseparable during her year here. It may have been over three decades ago, but it stills feels like yesterday.”

Between spending time with the other exchange students at their high school in Florida, going on Spring Break together in Daytona Beach and dancing the night away at Prom, Kimberly and Ellen became great friends. They kept in touch and, after both graduating from college four years later, embarked on a six-week adventure around Europe to visit the exchange students they were close with during their year. “We took the EuroRail from house to house,” said Kimberly. “I remember the highlight of our trip was visiting another EF exchange student, George, in Germany. It was as if nothing had changed!”

Over the years, Kimberly and her family remained close with Ellen despite the distance. They attended each other’s weddings, and when Ellen’s oldest daughter, Margrethe, was born, Kimberly’s parents flew to Norway to meet their host-granddaughter. “As Ellen’s children grew up, we each took many trips to see one another, sending birthday cards and Christmas presents along the way,” Kimberly shared. “A few years back Margrethe expressed interest in becoming an exchange student and it just felt right to be the ones to host her. She grew up calling us aunt and uncle, but now we had the chance to truly welcome her in as one of our own.” 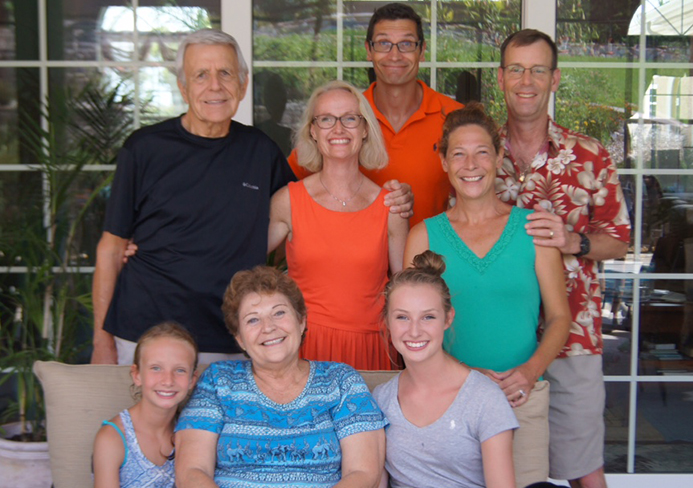 Kimberly and Ellen with their families

In addition to hosting Margrethe, Kimberly and her husband decided to also host Tommaso from Spain. Both students returned home after an incredible year this past June, but they continue to remain a huge part of Kimberly’s life. “We repeatedly mark the months since Margrethe and Tommaso left as ‘can you believe it’s been a year since the kids started school, celebrated Homecoming or went trick or treating,’’” Kimberly said. “We miss them all the time.”

Now, it’s up to Margrethe and Tommaso to carry on the tradition that Kimberly and Ellen have set—perhaps they will host each other’s kids one day. As for Kimberly, she’ll be the first to tell you what a profound impact the decision her mother made to host an exchange student back in 1985 has had on her life. “I’ve been a host sister, an exchange coordinator and now a host parent. I’ve loved the experience from all sides,” she said. “Since my first exposure to the world of cultural exchange when I was 18 years old to this past year hosting Margrethe and Tommaso, I feel so blessed. I now have family around the world. What more could anybody ever want?”