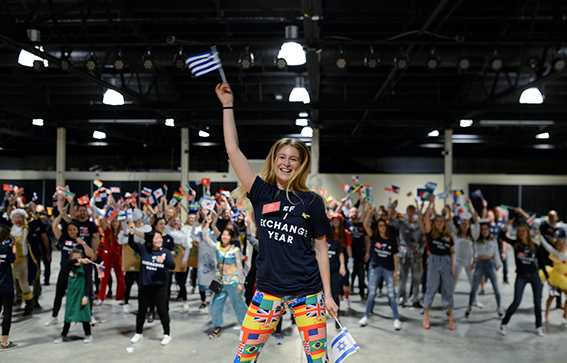 “I used to think a lot,” Elin says. “Think ‘what is the meaning of life?’ But when it comes to dance and music, you don’t have to think. You just have to do.”

Elin, to put it simply, does quite a bit these days. To hear about her travels, work with EF Education First’s associated organization EF High School Exchange Year, exhaustive dance repertoire, and philanthropic work in Nicaragua, it’s hard to imagine her sitting still, let alone getting in her own way.

As someone who seems completely comfortable in her own skin, hearing Elin’s journey to self-confidence and finding her place in the world, both at home in Stockholm and abroad, is as inspiring as it is instructive.

Learning how she’s used dance — bachata, salsa, flamenco, hip hop and belly dance, to name a few — to immerse herself in communities around the world is stunning enough. But then to learn the backstory, how she started dancing as an adolescent to prove that she didn’t have to party like her peers to be cool, one can think of no better mentor for high school students who are eager to break out of their comfort zones.

We recently spent some time with Elin to hear her travel tales, learn how she launched and manages a nonprofit dance school in Nicaragua, and pick her brain about the challenges and opportunities teenagers face in today’s world. 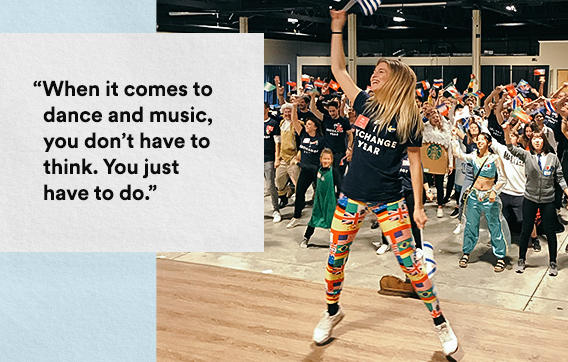 You’ve been around the world and back again with EF, both as a student and professional. When did your interest in travel begin?

When you’re 12 in Sweden, you start to study a third language in school, and I chose Spanish. I studied for a few years but then lived abroad with an older couple in southern Spain. That was when things clicked for me. In school, I had no sense of the “why?” I didn’t know why I was learning Spanish. But being immersed in a family I wanted to communicate with, being curious about their culture and what it meant day-to-day, this was motivating.

Spain opened my eyes to the stability I had in my own life in Sweden. Seeing poverty like I’d never seen before, I realized that I had a really good life and needed to do things not only for myself but also for other people.

I also traveled a lot with my family — having exposure to places from the Dominican Republic to Asia my eyes opened even more. By the time I graduated high school, I was embarking on an 8-month world tour trip with a friend, seeing everything I could before heading to university.

Where did you get the confidence to embark on such a big trip as a young woman? 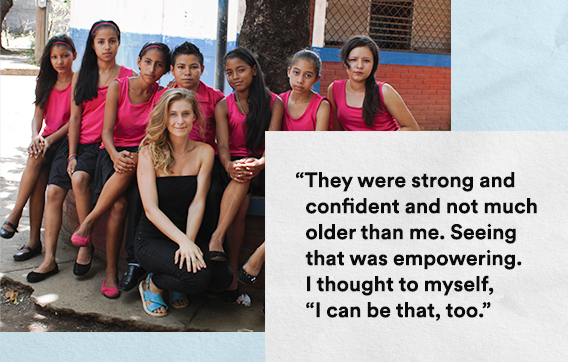 When I was 14, I took an EF International Language course in Torquay, England and met students from all over the world. This was before social media, so there was space to talk with people about their lives and culture. We weren’t as distracted as people are today, so we really got to know each other. It gave me a sense of familiarity with the world; it didn’t feel so scary.

And later, at the EF International Language Campuses I studied and worked at in Los Angeles, New York, Hawaii, and Spain a lot of the directors and instructors were women. They were strong and confident and not much older than me. Seeing that was empowering. I thought to myself, “I can be that, too.”

By this point, were you seriously into dance?

Yes, I started dancing as a teenager to show my peers that I wasn’t boring, that I was still a fun person even though I wasn’t drinking or partying like a lot of kids do. It was my way of fitting in.

Then, traveling, dance became a great way to immerse myself in different cultures. I can go to Hawaii and dance hula and meet locals who see that I’m interested in their culture. I can go to the Dominican Republic and dance bachata. It connects me to people and places in a very genuine, immersive way.

How did you turn your passion for dance into philanthropy?

While working for an NGO in Nicaragua, I saw the difficult lives that so many children had. The NGO, APEADECO, which I connected with through Svalorna Latinamerika, a Swedish NGO, worked specifically to prevent child sexual exploitation. Seeing the risks these kids faced firsthand, I resolved to do something positive for the community. Within a week, I had raised enough money from family and friends to start a dance school in Telica, a village outside of Leon, where kids can take free classes. That was in 2016. 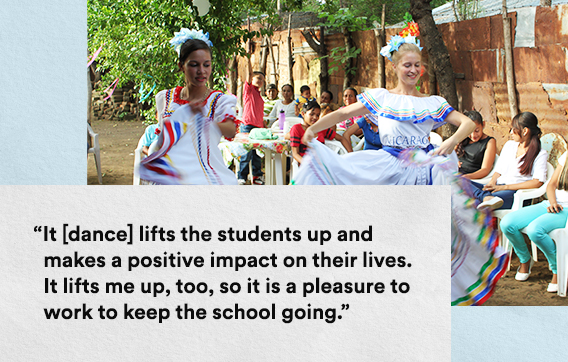 Today, I am very proud of myself for founding the school and continue to manage it remotely, for the most part, from Sweden. In choosing where to get started with a charitable project, I wanted to do something I cared about and something fun. The world is full of issues that need attention, and if you think about it all, it can weigh you down.

But the dance school doesn’t do that — it lifts the students up and makes a positive impact on their lives. It lifts me up, too, so it is a pleasure to work to keep the school going.

Speaking of students, what kind of challenges do you see exchange students facing today? And what kind of growth potential?

Young people today compare themselves too much to what they see on social media. Whether it’s comparing themselves to their peers or celebrities, they’re perceiving what’s “wrong” with them in destructive ways instead of getting inspired by people. They don’t trust their own path.

But when they go away on their exchange year, they find a more substantial vision of what they want for themselves. Not what their parents want or what their friends want. I see students transform into positive change agents – young people with confidence, who become fluent in English and deeply curious about different cultures while sharing their own culture with others.

It’s the same thing that happened to me in Spain as a teenager: you go away, test your wings, see that you’re strong, and become more rooted in who you are and your ability to make a mark on the world.

Megan McHugh is a writer and traveler. Her passions include vegetarian food touring, digging through thrift shops and singing. She has a notebook full of entrepreneurial plans that she loves bouncing off strangers and can often be overhead chatting about [...]