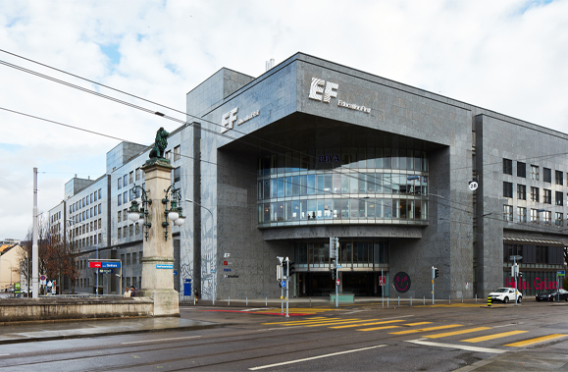 EF Education First became the new stewards of the historic building (known locally as Neue Börse) and located at Selnaustrasse 30 following its acquisition of the facility in late 2015. EF then set out to renovate the space opening the doors of the 10-story, 35,000-square-meter EF Zurich office complex earlier this week. 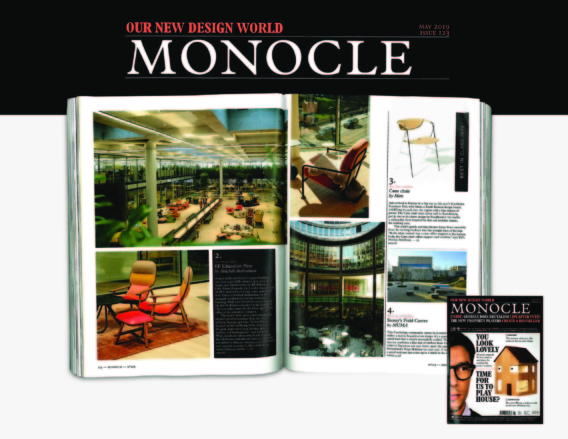 The Canton of Zurich originally commissioned the construction of Neue Börse in 1987 to house the Swiss Stock Exchange, which eventually opened in 1991. 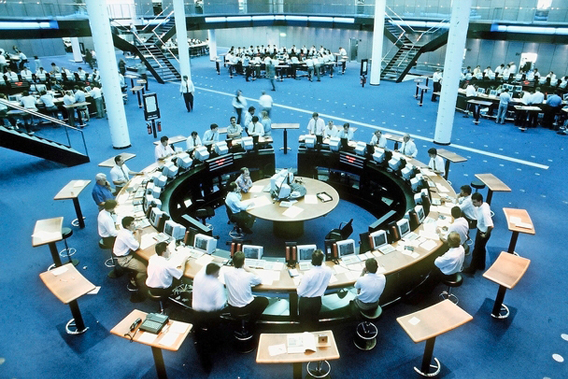 At EF, we’re focused on helping students, teachers and travelers step outside their comfort zones, connect across cultures and explore the world, so we wanted to ensure those core goals are reflected in the EF Zurich headquarters’ new design, while also paying homage to the building’s unique history.

“With Neue Börse, we sought to inspire that same feeling of discovery in our staff, by using the building’s scale and existing design to create new physical connections between spaces as well as new spaces for staff to explore and enjoy,” said Martha Doyle, Chief Operating Officer for EF properties, EF’s in-house development group. 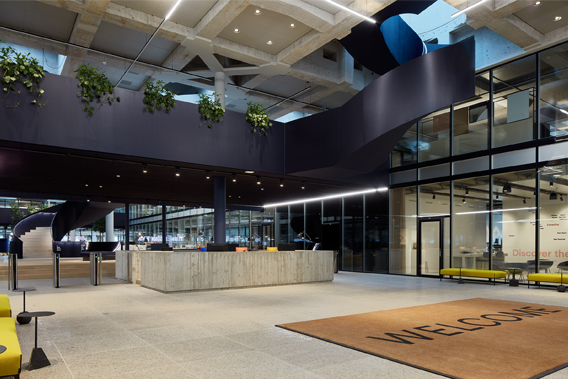 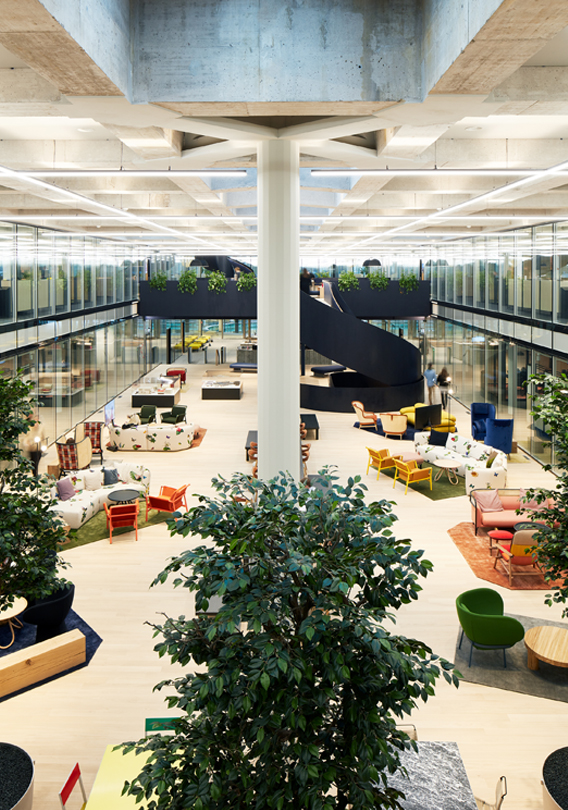 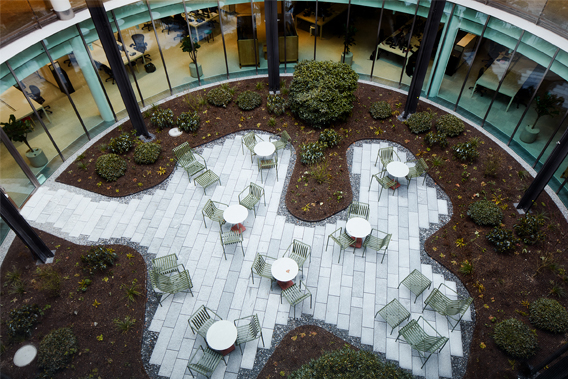 The building is surrounded on three sides by the Sihl River, the Schanzengraben Canal and the City of Zurich public pool, pulling water from the Canal to heat Neue Börse in the winter and cool it during the summer.

Inside the new EF Zurich

Keeping with EF’s mission of opening the world through education, the new design is open concept, featuring a striking 64-ton steel spiral staircase that drives connections between floors, and in turn, the EFers working there. 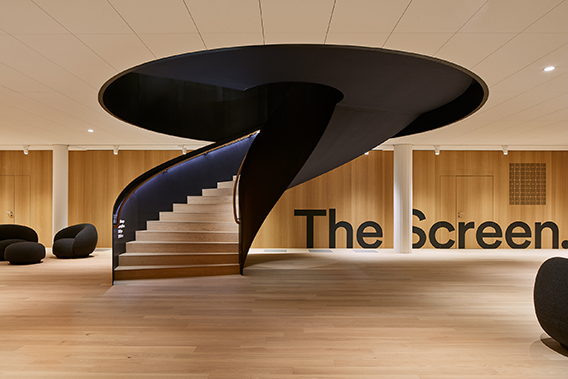 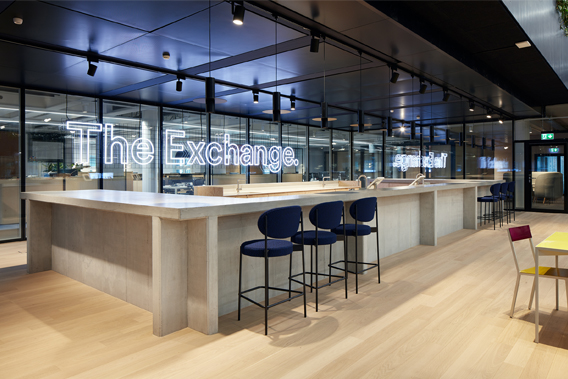 A host of employee wellness amenities are also on tap, including a rooftop retreat with stunning views of the mountains and Botanical Gardens, a full gym, yoga studio, games area and daycare center with its own playground. 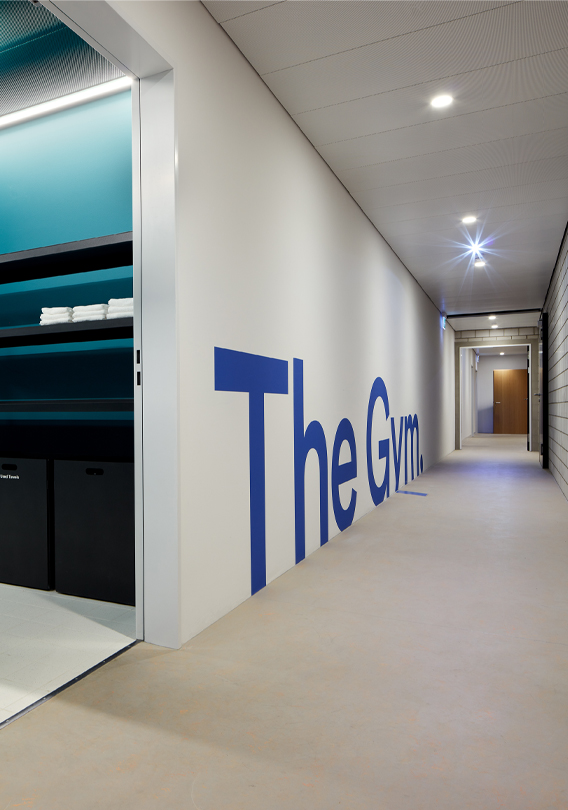 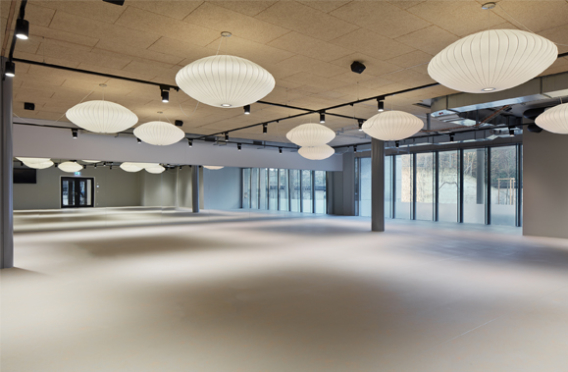 Another visual perk? EF inherited several works of art from the Canton of Zurich, which are now on display in the new space, including a collection of ‘90s-era artifacts from Swiss artist duo Fischli/Weiss, as well as a collection of 35,000 magnets by Zobrist and Waeckerlin.

Situated in the heart of Zurich’s Central Business District, EF Zurich offers plenty of opportunities for staff and EF visitors to experience the city.

And direct access from Neue Börse to the Selnau subway station makes for a convenient commute. Three electrical transformers in the building can also provide power to surrounding buildings when needed.

Staff from several of EF’s business units are housed in the new Zurich headquarters, including EF Academy, EF Educational Tours, EF Gap Year and EF Language, among others.

EF began relocating some employees from existing Swiss and European offices in January. Now, more than 600 local and international EFers representing 48 nationalities work from EF Zurich on any given day, and the new office complex could eventually accommodate up to 2,000 employees in time.

“We are honored to be the stewards of Neue Börse, where we plan to grow for many years,” said EF Global Chairman Philip Hult. “Our development and design teams carefully considered the building’s existing context, its connection to the surrounding neighborhood, its unique architectural and artistic personality, and the ways in which EF people interact with their workspaces. They then designed a project that seeks to blend history with modernity. We thank the Canton of Zurich for its support; and we remain thankful to the Canton of Lucerne, where we’ve done business for many years and where we will continue to maintain an important presence. ”

Interested in joining us at EF Zurich? Visit careers.ef.com