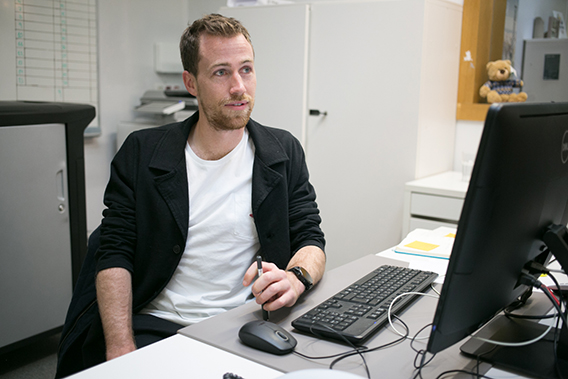 It’s 1 p.m. and Brendan is getting ready for his next big match. Game face on, table tennis paddle in hand, he approaches his opponent and takes a deep breath before tossing the first serve. The stakes are high—32 competitors split into eight groups of four, all vying for the coveted prize of EF Education First table tennis champion.

Fortunately, Brendan is no stranger to competition. As a former cyclist for the EF Education First-Drapac p/b Cannondale cycling team (now known as EF Education First Pro Cycling), he knows what it takes to succeed in a competitive environment. And while office-wide table tennis tournaments may not seem as high-stakes as the professional cycling circuit, his new job as a Financial Analyst for EF’s International Language Campus in Barcelona challenges him in many similar ways. 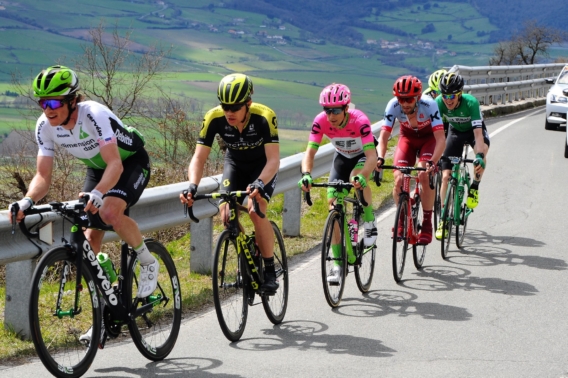 “My experience as a cyclist actually translates quite well to my work here in the office,” says Brendan. “In fact, most skills that athletes develop over time are now really valued in the professional workplace. Teamwork, dedication, hard work. We can adapt to different environments and that is being appreciated beyond the so-called playing field.”

So how does a pro cyclist go from racing in the Vuelta a España and Giro di Lombardia to analyzing finances at EF Barcelona? It helps that Brendan has his bachelor’s degree in commerce and had always planned to go into accounting. In fact, a more appropriate question to ask would be how Brendan went from finance student to pro cyclist.

“I grew up very active and always naturally excelled in endurance sports, but I never had cycling on my radar,” he explains. “After university I participated in a local bike race, which I won, to [my surprise] and the surprise of many others. It was a bit of a shock for me. It just goes to show that you can pick up something at any point in your life and not know you’re going to be very good at it.”

From there, Brendan worked his way up to a professional level, eventually joining the team now known as EF Education First Pro Cycling in 2017. And it was interacting with his fellow teammates, as well as traveling to new places around the world, that ultimately sparked his interest in language and travel.

“I started going to a lot of new places that I’d never been, but we also had such a diverse level of nationalities on the team, so that was my first exposure to different cultures and also to the challenge that language barriers present,” says Brendan.

Which is why, when living in Spain during his training, he was adamant about learning how to speak Spanish. “There are people I’ve met that have lived in Europe for decades and can still only speak English,” he says. “That feels like a wasted opportunity. I find it so enriching to be able to walk out on the street and talk to someone in their native language. It opens up a deeper level of community.”

While in some ways Brendan would have liked to continue cycling competitively forever, part of him was also interested in returning to the career he’d originally intended to pursue. He’d been taking Spanish classes through EF when a Financial Analyst position opened up at EF Barcelona–a position that required considerable knowledge of the team and its budget for European races, as well an understanding of EF International Language Campuses. Brendan was the perfect person for the job.

“It’s pretty crazy for me,” he admits. “I could barely speak a word of Spanish when I first moved here and now I’m employed in a Spanish-speaking office. It’s really satisfying to see this progress and what opportunities it opens up. Now I can truly endorse the company slogan: Opening the world through education. EF is all about helping people go outside their comfort zones.”

And with the current office-wide table tennis tournament, it looks like Brendan’s days of competing aren’t over yet. “It’s such a fun place to work,” he says with a smile. “I will always miss the life that I had as a professional cyclist, but I know that my best moments are yet to come.”