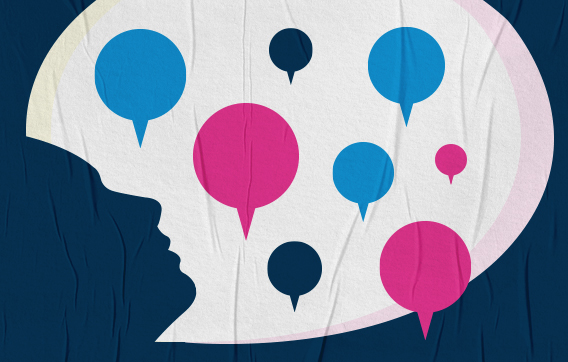 A common phrase in the English language is ‘You don’t know what you don’t know.’ The real question is, are we listening to the people who do know?

This staff-led programming aimed to encourage critical thinking about the various stories and narratives we may encounter regarding Indigenous Peoples globally. “We realize that the Indigenous experience is often misrepresented, over mystified, and oversimplified,” said Brooke, co-captain of Indigenous @ EF. “The truth is that there are hundreds of thousands of people who identify as Indigenous across the globe, and not one of their stories is the same. Each of these communities has beautiful histories and stories to tell, and the point is to let them tell them.” 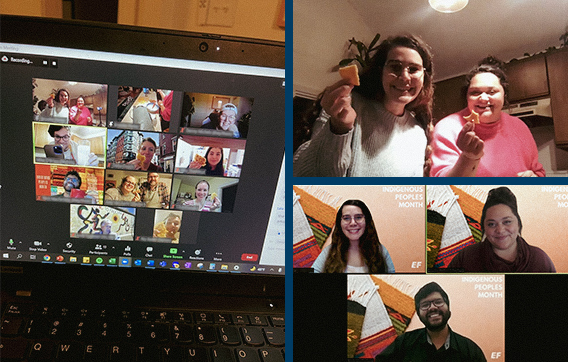 It is easy to accept information as fact, especially from trusted sources, but it is important to remain reflective of the stories being told and repeated. This is at the heart of what ethical storytelling is. It is the practice of actively honoring others when sharing narratives. It is responsible communication without exploitation. It is a mindful approach to storytelling that avoids the trap of a single story. Most importantly, it is telling stories the way the subjects of the stories want their story to be told.

Without meaning to do so, our learned colloquialisms could be perpetuating racial stereotypes and historical inaccuracies. So how can we listen, learn, and take action to practice ethical storytelling?

Here are a few examples of phrases with challenging histories and ethical alternatives:

Spirit Animal is a term pop culture has put on mugs and shirts, online quizzes, and memes. It has also been used in interviews and icebreakers to get to know someone.

Alternative: Think about what you are trying to say — there are many ways to convey your feelings toward coffee (coffee makes me happy) or learn more about a candidate you’re interviewing (tell me what you value).

Why: The term Spirit Animal is a form of cultural appropriation and not very historically accurate. Many Indigenous Nations don’t use this term but rather have a general connection to animals, the earth, and other spiritual practices within their cultures. It’s vital that we respect the traditions of a specific group of people rather than appropriating and popularizing a term that is not part of our identity.

Tribe is often used to describe like-minded friend groups or teams of colleagues with a shared goal.

Alternative: We work on teams and socialize in groups of friends, colleagues, pals, acquaintances, neighbors, or family.

Why: The term tribe has negative connotations related to primitive history and can be seen as the antithesis to civilization. Many Indigenous people refer to their many cultures as Nations or People.

Alternative: Gather your team for a quick meeting or a virtual chat.

Why: This usage is disrespectful to the ceremonial and celebratory gatherings of Indigenous people from whom the term comes. Sometimes these gatherings are open to the public. If you live near an Indigenous community that holds pow wows, go check it out and learn more.

These are just a few examples of how we can all use critical thinking and inclusive lenses to ensure that Indigenous colleagues own their own identities in the workspace. We can also apply these same ethical practices as we travel, shop for goods, and participate in community events.

Whenever we have the chance to interact with different people and hear their stories, we have an opportunity to learn something new. So the challenge for all of us is to start by listening.

Leslie Anselme is a Boston-based diversity, equity, inclusion and belonging program manager.  A New Yorker at heart, Leslie has a passion for people and cultures that she explores through her work and her travels.  When she's not at work or immersed in gr [...]

Just the beginning: Our top moments of 2021
By Brooke Parker 3 min read
EF on the way to planting 3 million mangrove trees
By Jennie Jouvenaar 1 min read
Culturally immersive education: What it is and why it matters
By Jamie Berman 3 min read