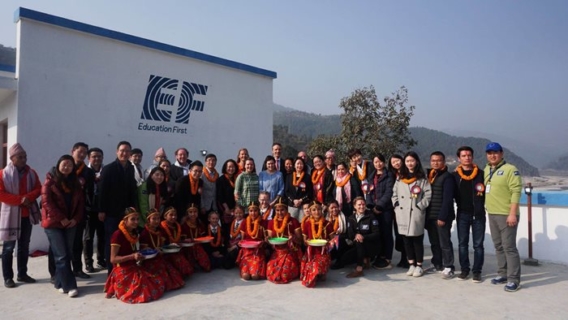 After almost three years of hard work, the EF Team finally completed the rebuilding of Jalapa Devi Higher Secondary School. The milestone was celebrated with a grand opening ceremony on January 29, 2018. Celebrations included, the handing over of the keys to the local community, speeches by the Former Prime Minister of Nepal, Madhav Kumar Nepal and CEO of EF China, Jacob Toren; as well as traditional performances by local students.

In the aftermath of the devastating earthquake that hit Nepal in April 2015, EF China dispatched a working group to the site. After careful and detailed inspection, EF chose to rebuild Sindhupalchowk’s Jalapa Devi Higher Secondary School. At the time, this was one of the most severely damaged schools in Nepal. In collaboration with Japanese partners, Yoshizawa, EF constructed the new school using Japanese aseismic technology. Built to withstand an earthquake with a magnitude of over 7.0, making it one of Nepal’s safest structures. The school grounds consist of a main building, which is three-stories high and has a capacity of 780 students, as well as a two-story multi-purpose building with a capacity of 200 people. The campus also includes reading rooms, teacher offices, laboratories and other facilities.

Students and teachers of Jalapa Devi HSS all attended the opening ceremony and partook in the colorful celebrations and are pleased to call this their new school. 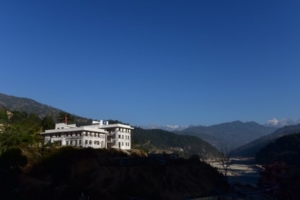 Shree Jalapa Devi towards the end of construction 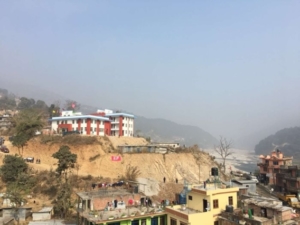 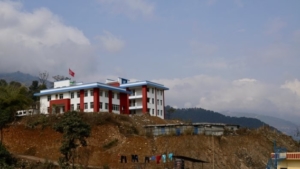 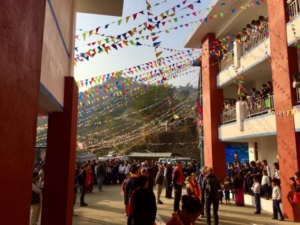 School campus during the festivities 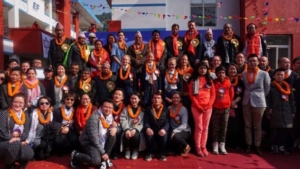 Former Prime Minister of Nepal, EF Team, and other guests 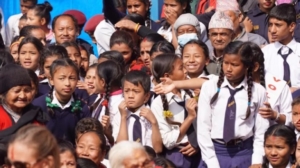 Students, teachers, and parents at the opening ceremony 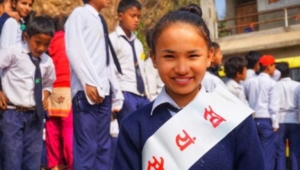 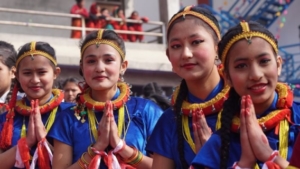 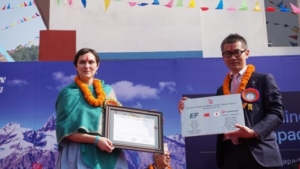