The implementation of SRF technology in Nepal 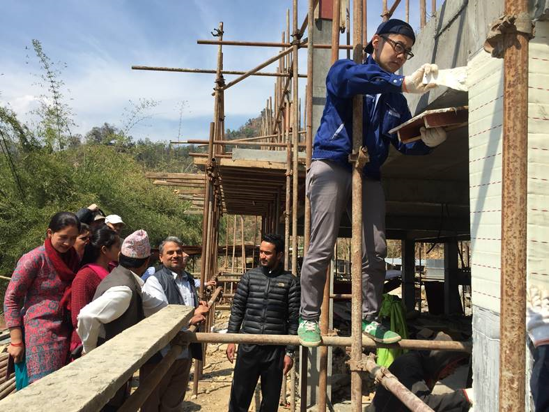 Since the groundbreaking in September of 2016, a team of Japanese consultants have been assessing the site, processing plans and training local Nepalese workers in the building of technologically advanced structures at Shree Jalapa Devi. The technology being employed is called SRF – Super Reinforcement with Flexibility. It has taken a few months to put these plans into practice – as this technology is at the forefront of earthquake resistant structural rebuilding. Nepal will be only the third country to employ SRF technology, the other two countries include Japan and Korea.

Over the past three months, the group of Japanese consultants working on the project, have undergone training in Japan and are now certified to use and implement SRF technology in the rebuilding of the school. This certification has allowed them to train the local laborers.

In mid-March 2017, Yoshizawa trained the local team in Nepal on how to successfully implement the technology. The training and on-site practice lasted a week. Due to the importance and precision of the technology, mastering this skill is not easy and straight forward. As a result, they were able to reinforce 24 concrete columns with SRF earthquake resistant technology.

Key members of the school management committee as well as all the teachers had the opportunity to visit the site and learn more about the new structure of their school. EF hopes that the successful implementation of SRF technology in Nepal will be used in the future, hopefully by more NGOs in the rebuilding of structures that have a great deal of impact on local communities. 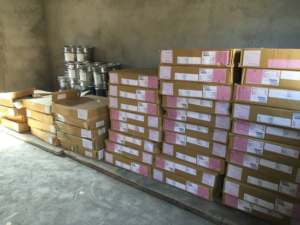 Stock of the SRF (Super Reinforcement with Flexibility) materials 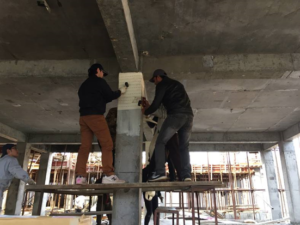 Local labourers training and practicing the implementation of SRF 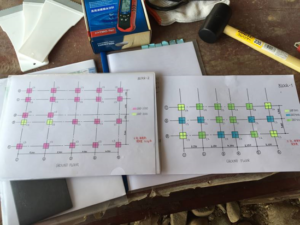 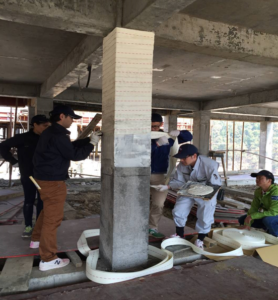 Japanese team completing the first of the columns 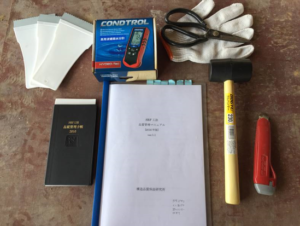