Student Santas go on the run for charity 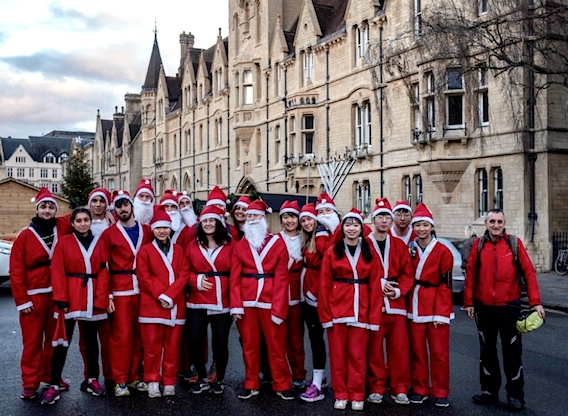 At the end of the term, EF Academy Oxford students rose early to take part in the charity fundraiser, Santas on the Run. The students put on their finest Santa suits and joined over 2,000 Santa’s of all ages for the 3.5K fun run/walk through the iconic streets of Oxford city center.

The event was hosted by the Helen and Douglas House, an organization that provides hospice care for babies and children in Oxfordshire and surrounding counties.

“The event was quite big, which helped raise money for those with terminal illness, said Adam an IB Year Two student. “We also had some fun, as it was a tremendously collaborative and supportive environment during the run.”

“When I knew the Santa Run could help people who suffer from terminal illness, this became my motivation to not give up and take a further step, despite the soreness of my legs,” said Jubilee, an IB Year Two student.

It was a fun, festive way for students to finish the term and give service back to the community before the holidays.