The spark of life: Chemistry in Action day 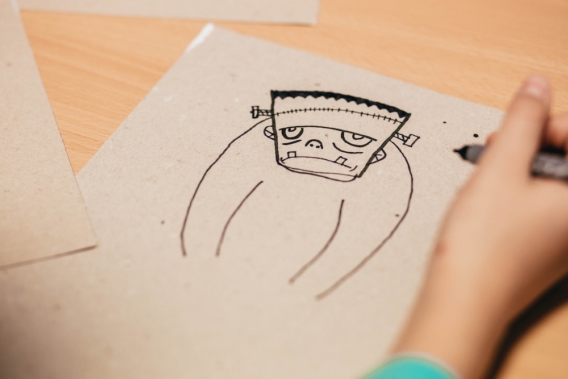 The Chemistry in Action workshop in London gave 20 of Oxford’s first-year chemistry students the opportunity to explore ideas about the subject outside of the usual course structure, along with over 200 students from other UK schools.

Subject areas included the analysis of crystals, discovering new elements, new ways of looking at the periodic table, and (a real favorite) some very useful tips on how to answer exam questions!

The talk that I enjoyed the most was Kathryn Harkup’s Making the Monster. She discussed concepts from the Mary Shelley book, Frankenstein about mad scientist Victor Frankenstein who pieced together a monster using body parts from dead humans.

In her thrilling talk, she explained to us how a real-life Victor Frankenstein might have built and reanimated his horrifying creature from the book. Not only did Harkup tell us the story she also connected real-life experiments to it.

She explained how scientists in the eighteenth century believed that electricity could provide a spark of life and awaken the dead. On account of this belief, many scientists were obsessed with trying to reanimate humans and other living things, mainly by using electricity.

The eighteenth century was also a time where anatomy became incredibly popular. Because of this and the sudden urge to raise the dead, body parts were so precious that students sometimes paid their tuition fees in hearts, heads, and even whole corpses! The author, Mary Shelley picked up on all of these things and used them as a source of inspiration for her book.

I think it was incredibly fascinating to see how a fictional story like Frankenstein was in fact based on real science experiments. Maybe even more interesting is how we actually use electricity today to provide “a spark of life” through modern-day defibrillators.

The same “spark of life” is what reanimated the Frankenstein creature in Mary Shelley’s book, which I think is pretty incredible considering the fact that defibrillators were not demonstrated until the late 1890s.

Learn more about the IB program in Oxford. Discover