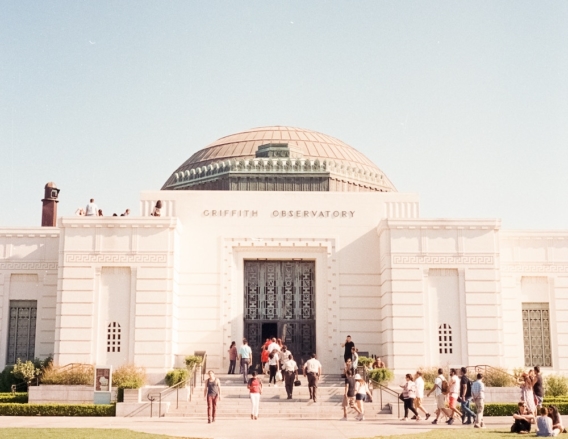 Summer is officially here and there’s no better time than this to do some traveling or invest time in studying something that catches your interest. For those who’d like to combine a laidback summer trip with the chance to explore your favorite subjects IRL, we’ve written this series for you.

To kick off the series, we’re looking at some great spaces that foster an environment to explore various sciences. Whether you’re interested in engineering, chemistry, or just want the perfect chance to stargaze, here are some of the best places to travel if you’re interested in science.

Built in 1958 for the Brussel’s World’s Fair, the Atomium‘s unique construction symbolized the interest and faith in the science of the era. The structure is 335 ft (102 m) high and today houses six spheres that create a museum. Inside of the museum, there’s a permanent exhibition that takes visitors on a journey through the Atomium’s history to its present.

The Exploratorium is a museum in San Francisco that encourages its visitors through scientific exploration, human perceptions, and art. The museum gives its visitors the chance to explore, among other things, the physics of light and sound, human behavior, electricity and magnetism, and the Bay Observatory Gallery, which focuses on the local environment and weather.

The Nobel Prize honors exceptional people from all walks of life and because of this, the Nobel Museum is high on the must-see list worldwide. While the legacy of these recipients can often be felt in modern society, a trip to the museum will give you a chance to learn all about some of the experiences, inventions, and discoveries that have brought humanity forward over the decades. In addition to a look at some of the Nobel Prize winners, visitors will have the chance to enjoy several exhibitions that explore various elements related to everything from education to sociology.

The City of Arts and Sciences – Valencia, Spain

Traveling to Spain is impressive in and of itself. You can have a great time everywhere you, but if you want to have a completely unique experience, head over to The City of Arts and Sciences in Valencia. Known as one of the 12 Treasures of Spain, you’ll have plenty to see and do while visiting. The complex is home to an IMAX theater, planetarium, and a breath-taking open-air oceanographic park that happens to be the largest aquarium of its type in Europe. Within the complex, one of the most popular destinations is the Museu de les Ciències Príncipe Felipe. The building resembles a whale’s skeleton and houses an interactive science museum.

Maria Skłodowska-Curie was a Polish physicist and chemist that is perhaps best-known for her research on radioactivity, which has defined the entire field. She was also the first woman to win the Nobel Prize and the first and only woman to do so twice. The Marie Curie Museum is devoted to her life and work and is housed in the 18th-century apartment building where she was born. Learning her remarkable story and discovering her work is in itself quite fascinating, but it’s even more incredible when you learn it’s been rebuilt several times.

One of the favorites in the Los Angeles area, Griffith Observatory was the first astrophysical telescope in the Los Angeles area. Whether you’ve heard the name before or not, you probably know Griffith Observatory as the backdrop for several Hollywood films, video games, music videos, and TV shows. The observatory, exhibit hall, and planetarium are visited by nearly two million people each year.

At EF Academy’s international boarding schools, we offer our students the guidance and direction they need to pursue their subjects of interest. Scientists gain experience in our labs, artists have multiple opportunities to hone their craft, and all of our business-minded students have the chance to gain some real-world experience.

All before graduating high school.