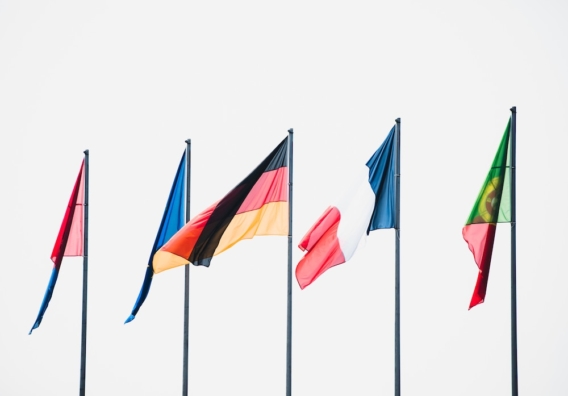 From Russian dolls to Swiss chocolate, Lebanese pastries to Brazilian statuettes, Norwegian brown cheese, waffles, and jam, to Polish sweets, and, of course, the fast-disappearing dumplings from Hong Kong. This was the scene last month at EF Academy Oxford’s International Culture Fair. This highly anticipated event celebrates the different cultures within our school. This success of this year’s fair was thanks to the Student Council representatives who made sure all potential participants were aware of what was planned as well as the participants themselves for putting in the time to cook, bring or create what it was that they felt best represented their nation’s culture.

One of the representatives of the Student Council, first-year Selina Lam from Macau, said, “As it was my first Cultural Fair with the school, I was surprised that it could be so successful! Everyone who took part did a great job as the food, music, and items that represented their country made me learn a lot.”

First-year student Mumtaza Chairannisa from Indonesia said, “The culture fair was a great opportunity to share my culture and traditions with my peers and I really appreciate the positive responses to Indonesia’s heritage and cuisines. It was also very fascinating to learn about everyone’s cultures and traditions while trying out the various different dishes which I wouldn’t have been able to experience had I not participated. Overall it was wonderful and I can’t wait for next year’s fair.” Mumtaza’s stall was serving satay chicken skewers along with other Indonesian dishes, which proved very popular with the inquisitive crowd of teachers and students. The stall also featured an angklung (an Indonesian musical instrument made from carved and resonant bamboo tubes) and the most beautiful of fabrics.

Second-year student from Norway, Bror Nissen, places the importance of such an event in the context of the current economic and political climate. “In this era, international interaction is more important than ever before,” said Bror. “There are few businesses or organizations that don’t involve some sort of involvement with customers or partners from other countries. This is why it is important to have an understanding of different cultures or at least a mind that is open to understanding them.” Bror understands the fair as being a way to learn more about the culture and traditions of his peers at the same time as preparing for the future.

Ultimately in a period where everyone seems to be emphasizing borders, events such as the Cultural Fair where we attempt to understand and respect each other’s cultures are of growing importance.