Curious about EF Academy Oxford? Hear from a Pathway Manager! 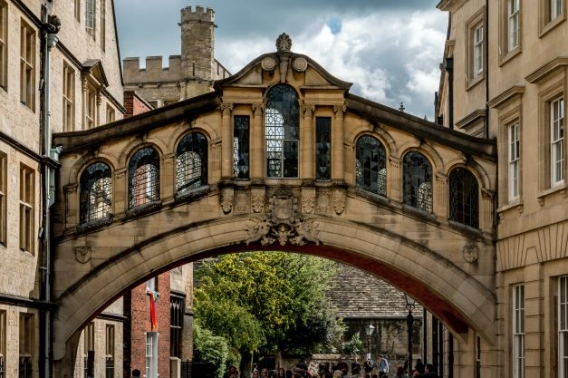 Judging by the fact you are on this blog post, you may already have some idea what EF Academy is. Perhaps you are already a student here or are someone interested in joining us for the next steps of your education journey – either way, welcome! EF Academy Oxford is part of the much wider family of Education First, and both the company and the campus have very interesting and inspiring backstories!

Like many other great business entrepreneurs who founded global institutions from the most unexpected origins (Disney was founded in a one-car garage after all), EF was founded by Bertil Hult in his own university dormitory in 1965! His original idea was to send Swedish secondary school students to study in the UK for the summer. This idea of summer study was inspired by Bertil’s own experience of visiting England. Whilst in the UK, he realized that being immersed in the culture vastly and quickly improved his English language skills. Thus, EF was founded as a summer program to immerse Swedish secondary school students in English culture.

From this humble origin, EF has grown rapidly with separate branches that focus on language travel, business, and the international secondary school experience. EF Academy was inspired by the success of the immersive summer school program and an important question – why can’t we do it all year? EF Academy’s mission statement is to “open the world through education” and our schools have been successful in opening the world and educating thousands of students from all over the world. And, at the end of August 2022, a new EF Academy campus will open its doors in Pasadena, California! Having learned a little about EF as a company – what about EF Academy Oxford? Oxford as I am sure you are aware is a city synonymous with academia, history, and beauty. Through the University, it has been at the forefront of academic discoveries for centuries. EF Academy Oxford is also steeped in academia, it uses the historic Cotuit Hall as its campus. Cotuit Hall is not only academic in its housing of our academy but, it was also originally commissioned by an Oxford University professor of Language and Literature who lived there with his family until 1916. He chose to build his house here as Pullens Lane (where Cotuit Hall calls home) was building a reputation as a home for the learned, and to this day there are over five educational institutions on the one lane!

Since then, Cotuit Hall has changed hands through various schools and education facilities. For a brief time in its history, Cotuit was also an orphanage, the “City of Oxford Children’s Home” from the 1940s until 1958. In 2011, it was sold by Oxford Brookes University to EF Academy. EF Academy Oxford now specializes in preparing our international student body to attend world-class universities by providing them with a truly remarkable educational environment. This environment sees students from all over the world study either the International Baccalaureate or A levels and, for a brief time, they get the opportunity to call Oxford home.

I think, if there is one thing we can take away from Bertil and EF Academy Oxford’s story, it is that from inconspicuous beginnings, truly remarkable things can grow.