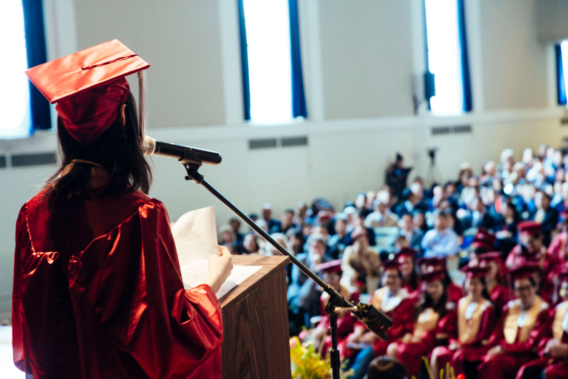 It seems just like yesterday that the Class of 2017 graduated in June.  We wanted to take a few moments to highlight the success of the class in the university application process and wish them well on their journey.  The Class of 2017 set the standard for success for future classes to emulate.

In the United Kingdom, they gained placements at nine schools in the QS Top 100: University College London, University of Edinburgh, Kings College – London, Manchester, London School of Economics, Warwick, Nottingham, Birmingham and Southampton, as well as the three Canadian schools ranked, McGill, Toronto and the University of British Columbia.  Further abroad, they were accepted at University of Melbourne, Sydney, New South Wales, Queensland and Auckland.

These acceptances in the QS 100 reflected a 67% increase from 2016, and reflects the stature with which EF is viewed at some of the top universities in the world.  Many of these schools also visited the EF New York campus last fall to meet our students and we look forward to that opportunity again this fall.

In the United States, the standard many look at is the US News and World Report rankings.  We also saw a dramatic increase in acceptances at those schools by the Class of 2017.  In addition to schools already listed in the QS group, our students also gained admission to these schools in the US News Top 50:  Washington University – St. Louis, Emory, Georgetown, University of Southern California, Virginia, Tufts, Wake Forest, Boston College, William & Mary, Rochester, Case Western, California – Santa Barbara, Northeastern, Tulane, California – Irvine, Lehigh, Miami and Pepperdine.  The Class of 2017 earned 141 places at these schools, an increase of over 100% from the previous year.

The University of California system has been a very attractive option for many of our students and we were pleased to see 76 admits to the various campuses in the UC system, which includes Berkeley, UCLA, San Diego and Davis in the QS Top 100.  37 of the 76 admits were to these four schools, along with admission to the Irvine, Riverside, Santa Barbara and Santa Cruz campuses.

At EF we also have a commitment to support students with special talents and interests, especially in the arts, and we were pleased to see our students gain places in six of the QS Top 50 World Art Schools: Parsons School of Design, Pratt Institute, Chicago Art Institute, School of the Visual Arts (NY), California College of the Arts and the Savannah College of Art and Design, while one of our finest musicians will study at the New England Conservatory of Music.  Students were also accepted in Film Programs at Emerson, Boston University, NY Film Academy and Columbia College – Chicago.

We also support those students focused on pre-professional programs in specialty fields.  Students gained admission to five of the top fifteen hospitality schools in the US: Michigan State, Nevada Las Vegas, Penn State, Purdue and Temple along with Les Roches in Switzerland.  Students were accepted in pharmacy programs, aeronautical programs, interior design, fashion and business programs around the world, including France, Norway and Spain.

Anyone familiar with EF knows the diverse background of our students, something we take great pride in.  Though the vast majority of the Class of 2017 will remain in the US to study, members of the Class of 2017 will attend university in thirteen additional countries: Australia, Canada, France, Japan, Netherlands, New Zealand, Norway, Spain, Switzerland, Taiwan, Thailand, Turkey and the United Kingdom.  We wish them all well.