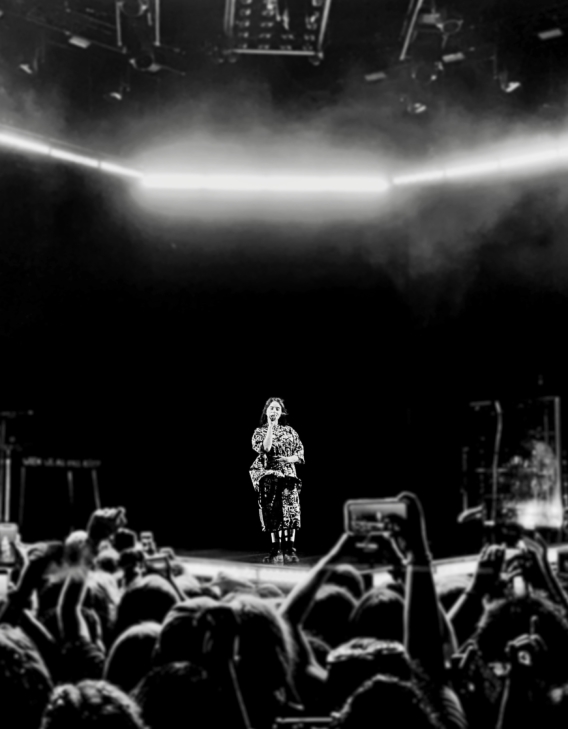 Public figures come from all walks of life. But one thing each has in common is the ability to manage their message as a brand. We can all learn a lot by taking a look at public figures and how they present themselves. Even if you’re not looking to work in the spotlight someday, you’ll have to know how to brand yourself effectively for everything from interviews to professional portfolios.

Today we’re exploring public figures from three very different backgrounds who’ve done a phenomenal job not only in their respective fields but in the way they choose to brand themselves to the world.

Whether you’re living in the U.S. or not, there’s a good chance you know about the loveable politician everybody’s talking about right now, AOC. At 29, she was elected to the U.S. House of Representatives from New York’s 14th district. This makes her the youngest woman to ever serve in the United States Congress. And even before this historic achievement, Ocasio-Cortez already had quite a few impressive records under her belt such as working for the National Hispanic Institute and graduating from Boston University with honors.

Ocasio-Cortez officially began her political career the day after visiting the Standing Rock Indian Reservation in North Dakota during the Dakota Access Pipeline protests. She’s said that before this experience, she’d believe the only way to run for office was the have access to wealth and social influence or other power but that the experience in North Dakota inspired her to work in her own community. She kicked off a grassroots campaign for congress in 2018 while working as a waitress and bartender at a taqueria in New York City’s Union Square.

Despite facing a financial disadvantage in her political race against longtime Democratic Caucus Chair, Joe Crowly, she knew she’d need to think differently to reach the people. She’s famously said that “you can’t really beat big money with more money. You have to beat them with a totally different game.” And that’s exactly what she’s done.

Her message has reached an audience far beyond her district. And that’s what a good brand should do. It evangelizes, it gets the word out about concepts that some might not have ever thought about before. She’s captured the hearts of people all over the world with charming Instagram stories about eating ice cream at the end of a long workday and with hard-hitting tweets in response to unethical statements by her country’s very own Commander-in-Chief.

She’s breaking the mold that many politicians have set by trying to stay more reserved and avoid rocking the boat. She stays true to herself and it’s impossible to disconnect her history and fiery personality from her brand. While she’s less than a year into her role in congress, it’s clear she’s got a valuable career ahead of her. And thanks to her uncanny ability to get the word out, we’ll all get a front-row seat.

Whether you’ve got her on a Spotify playlist or heard her at a summer festival a name everyone’s been repeating in 2019 is Billie Eilish. The teenage singer-songwriter became a household name, playing Coachella and receiving nominations for prestigious awards less than three years after sharing her first recording online.

This was all from one song that was originally published on SoundCloud when the singer was only 14 years old. That same track went on to be played more than 100 million times on Spotify and almost instantly gave her an audience ready for her highly anticipated debut album When We Fall Asleep, Where Do We Go? (2019), which debuted to critical acclaim.

So how did this happen? Experts are looking at the brand. The artist has been wise with the way she presents herself to the world. Her first single has this dark and mysterious sound that’s been compared to the work of artists like Lorde and Lana Del Rey.

Eilish could have come out into the limelight, gotten a typical “Hollywood” makeover and signed on to be the next big pop princess. Instead, she stayed kind of quiet. She weighed her options well, stuck with her original songwriting collaborator (which happens to be her brother) and instead of being washed out by the pressure to look or act a certain way, she kept some mystery alive for a while until she was ready to represent her brand on a larger scale. This attracted even more attention from an even larger audience.

In her branding, she’s been very intentional about the way she appears. She stated that she tries to avoid flashy trends and prefers to model her look after her favorite rappers and anything else that inspires her. So far this has meant wearing baggy clothing, dying her hair, and crafting her public image around looking memorable.

Today, the star has more than 34 million followers on Instagram and more than 18 million subscribers to her YouTube where her creative music videos receive hundreds of millions of views on average. Something about that tells me she’s figured out exactly how she wants to present herself to the world.

There’s a good chance Bill Gates is a name that comes up in your life from time-to-time. Hailed as one of the most inspiring entrepreneurs of the 21st century, Gates has had an impressive career. From founding Microsoft to managing the company’s visionary product strategy, Gates was often cited as the richest person in the world for most of the ’90s and ’00s, into 2017. That title has since been taken by Amazon founder Jeff Bezos. But don’t feel too sorry for Gates, he’s still doing alright with some of the most recent estimates stating the billionaire makes about $1.38 million every hour.

But despite the numbers, one of the first things you might notice about Bill or his wife Melinda is the fact that they look like pretty average people. And even though both are incredibly smart, driven, and cultured, the type of attention they like to bring to themselves has nothing to do with boasting or arrogance. It’s usually to highlight normalcy or even draw attention to people in need.

Bill and Melinda have used this fortune that would take several lifetimes to spend and have focused it on those in need. Together, this dynamic couple founded the Bill & Melinda Gates Foundation in 2000. An organization that focuses on global health, sustainable economic growth, and education – particularly in vulnerable or underserved communities. Today, it’s the largest private foundation in the world. And both Bill and Melinda stepped down from their jobs in 2006 to focus on it full time.

Even though the two have upheld a very low-key public image, they’re rockstars on social media. Of course, their platforms of choice are LinkedIn and Facebook. If you’ve been on either platform for very long, you’ve probably come across an inspiring and engaging post, especially by Melinda, who often uses both platforms to highlight incredible humanitarian work or champion for women in STEM careers. The two have a massive following online and their posts are often shared, talked about, or even picked up by news outlets. Not for outrageous antics or typical “celeb culture”, but almost because of their incredible normalcy.

The Gateses use their personal brand to prove that seemingly ordinary people can go on to do something extraordinary. That fame doesn’t have to interfere with a couple’s life or raising a well-adjusted family. And that wealth doesn’t have to amount to self-indulgence and greed. They have something important to say and it’s their normalcy, charm, and low-key lifestyle that speak the loudest.