Celebrating our student athletes as fall sports come to an end As we begin try-outs for winter sports (basketball and cheerleading), we can take this opportunity to reflect on the wins, the losses, the team-building, and the personal development that our student-athletes underwent this season.

The cross country team had a fun season of team-building, as they dedicated their time after school to running through the beautiful outdoor trails and cheering each other on at the various races. The team members pushed themselves and encouraged each other throughout the season, and their hard work paid off: several students, both boys, and girls, placed in the top five at several of the races.

In addition to competing at other meets, the cross country team successfully hosted a very successful home meets, competing against three other schools as they ran through our beautiful wooded grounds. The cross country team did a fantastic job of coming together to learn their own strengths and weaknesses, to bond and care for fellow teammates, and to show off their sportsmanlike and competitive nature all while running.

The tumultuous weather conditions this fall created some major setbacks for our soccer teams. An unprecedented amount of rain forced our coaches to postpone, reschedule, and sometimes even cancel matches. However, our athletes pushed themselves to be resilient despite these roadblocks, and our teams worked together to make the most of the season despite the circumstances.

Hope for next season still lies with rising stars: girls’ varsity players Michelle Rustand and Raghnild Hovland and boys’ varsity players Nataniel Da Cruz Fernandes and 3-year starter Taehyeon Lee. As you can see, not even the terrible weather conditions could stop these students from having fun! 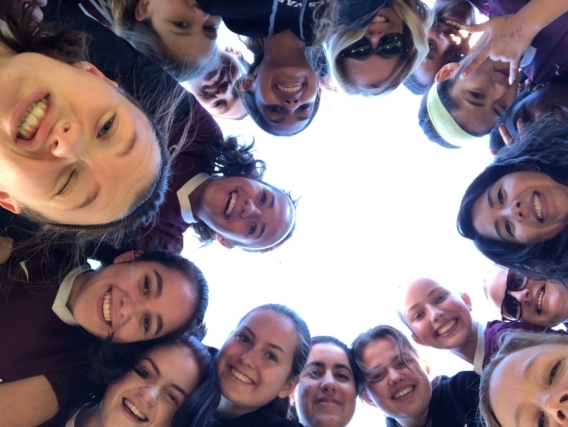 On the girls’ volleyball team, the season began with the girls hitting the ground running, having only one team practice before their first game. After working extremely hard, training and focusing on cooperating as a team, the girls secured several wins as the season really got rolling. The end of the girls’ season was hard fought with two games won and two games lost.

The girls then battled it out for the WIAA championship (a small league volleyball playoff against some of the schools in the area) and came away victorious, ending their season on a happy and successful note.

The volleyball girls have made us all proud and showed how some heart, effort, teamwork, and compassion can go a long way. 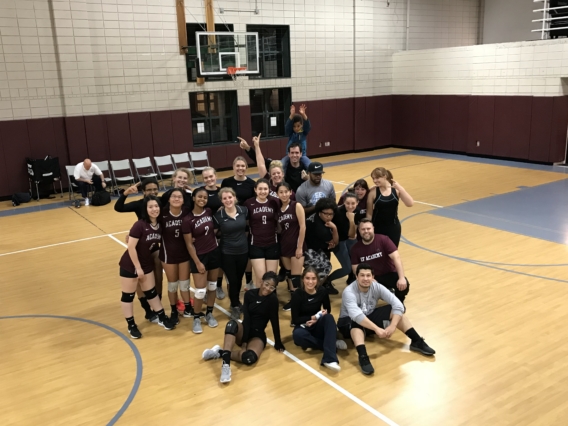 To cap off our fall sports season, we celebrated our senior athletes and held a couple of student-versus-staff matches. Senior Night was a great opportunity to honor our student-athletes that are in their final year at EF and recognize all the contributions they made to our athletics programs. After this congratulatory celebration, the girls’ volleyball team took on some of our staff members.

The girls easily won all three sets, but it was a fun way to finish out the year. The students pulled off another win when they played the staff in soccer a couple days later, winning 6-4. It was a great time for competition, camaraderie, and most importantly, collaboration.

All of our student-athletes should be proud of their accomplishments this season. 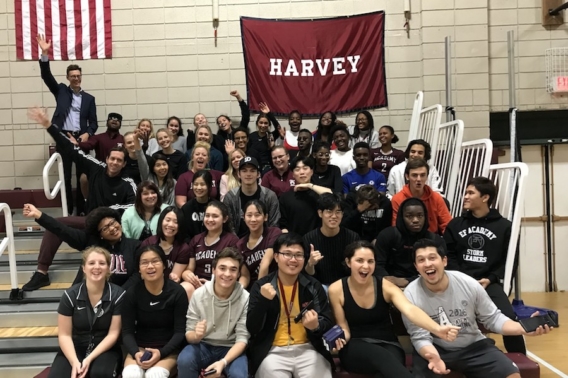 Want to be a star of your high school sports team?