Resilience on the road: A look at the Tour de France 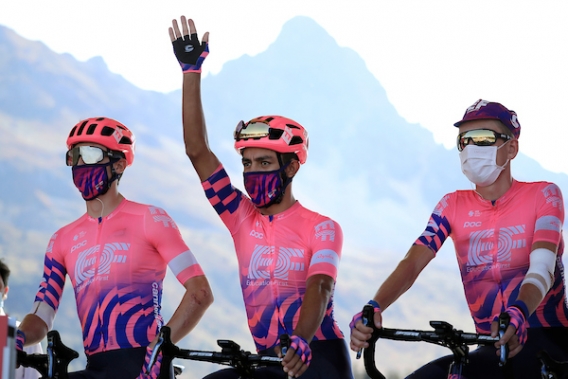 One of the most exciting editions of the Tour de France in recent memory is nearing its conclusion this weekend, with just a few decisive mountain stages between the peloton and Paris. We sat down with Jonathan Vaughters, manager of EF Pro Cycling, to discuss resilience, motivation, and how they have led a young, international team during this heavily disrupted season.

“Like everyone else our world was turned upside down this year. We’ve been following the same rigid race schedule for about fifteen years, and the whole management team has had to get used to the answer “I don’t know”.

These are typically highly driven, type A personalities who really want to know exactly what is expected of them, where and when, and all of a sudden, these things became entirely malleable. People had to learn to accept that, but still do their best working under those conditions. You need to be able to pivot, and to ramp up really fast when things change.”

Management styles have had to adapt to the new reality this year in order to get the best out of people and to support the resilience of the staff. They resisted the temptation to manage purely through the metrics they were seeing as that doesn’t always tell the full story. A shared goal of peak performance at the Tour de France helped the team get through the difficult times and stay motivated, knowing the world be watching and it could be the only opportunity all year.

“The coaches and directors have actually become much closer to the riders as relationships and communication have moved to virtual. There is some training data but no race data to go off, and so quality conversations about how riders are feeling become deeper and more meaningful. Those intimate conversations about physical and mental condition became more important, and I feel our coaches and athletes have a tighter relationship than ever before”

The leadership themselves have taken the opportunity to get together virtually much more frequently than before, bringing its own surprise benefits.

“We’re used to working in a geographically dispersed way, that’s how it’s always been. Typically we would get together face-to-face in long, intense 2-day meetings about 3 times a year. Now we’ve moved to shorter, weekly video calls and that has in a lot of ways been more effective and enable us to execute more quickly, so we can learn from that and hopefully strike a good balance of virtual and in-person meetings in the future.” 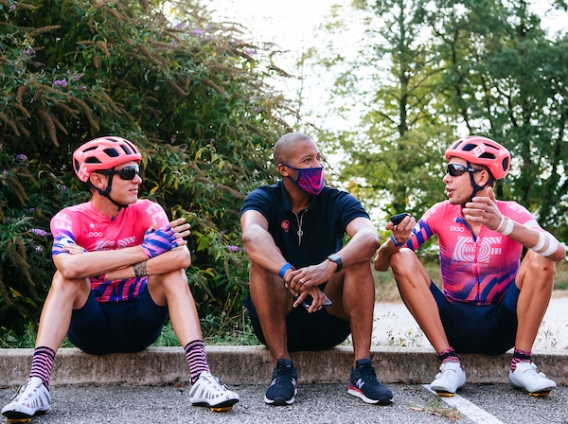 A three-week race like the Tour de France has many ups and downs in even a “normal” year, with a crash or a crosswind able to disrupt the best-laid plans. Laying those plans and targets becomes much harder when the pandemic has meant there is little out there to inform decision-making.

“Normally coming into the Tour de France riders are going to have anywhere between 25 to 60 days of racing under their belts already, meaning you can make some fairly objective assessments about what they are capable of. This year, we essentially had only 5 days of racing making that analysis much harder, and so we came into the race with a looser set of objectives that we could swap out, and pivot at any point in time as required.”

When managing the riders, there are different personality types within the team, and each needs different approaches to perform at their best. As these are very driven athletes often a coach’s job is to hold them back from overtraining and burning out too early. That is even more of a risk when anxiety around performance and job security is high.

“Much of the in-person coaching of these types of riders consists of telling them to back off. In cycling doing too much is just as much of a risk as doing too little, training-wise. We’ve had to try and calm the guys who are pushing themselves a little bit too hard because they are scared.”

“There is another set of riders in the peloton who are extremely talented but perhaps less self-motivated and you have to stay on top of them, take them to training camps and some secondary races to get them in shape. That last type of rider has not fared well at all during the COVID situation.”

With pros not able to put in long hours on the bike outside during lockdown a virtual training and racing platform set up at home has become more mainstream. Have the younger riders taken to virtual training more easily than the more mature team members?

“Younger riders are more familiar with digital platforms, but it’s really more personality-based than generational. There are older riders that love it and young riders that don’t necessarily take to it, they’ve become cyclists because they love being outdoors.”

Are there any further challenges on the horizon that he can foresee?

“The real crazy part which I am sure many businesses are encountering as well is that our usual planning phase won’t really exist and we’ll have to roll from one important season into the next. We’ll figure it out though, just by being able to pivot quickly and reinventing based on everything we’ve learned.”

I grew up in the rainy North of England, but thanks to 14 years at EF I've had the opportunity to travel all over the world and work with amazing people from all different cultures. Whenever possible I try to combine my travels with some of my other loves [...]